First Look At The 2021 Kentuckiana GI Joe and Toy Expo 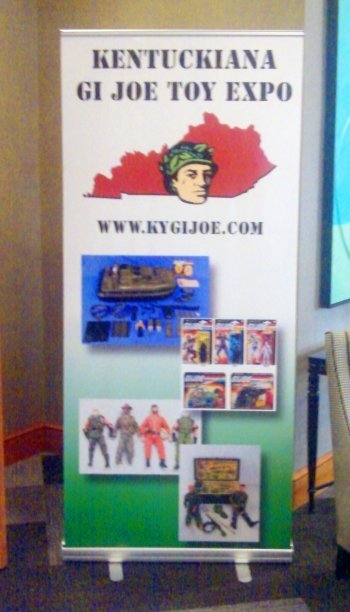 The Eighth Kentuckiana GI Joe Toy Expo took place last weekend in Louisville, Kentucky after taking a year off due to the pandemic. Today I’m going to bring you the first batch of pictures from the show. We’ll likely have another photo essay or two in the coming days, and then Sunday I’ll post a video of cool stuff we saw, plus a bonus video covering our trip to the South Louisville Antique Toy Mall.

We had a blast at our first GI Joe show since before the pandemic. We saw lots of friends from the GI Joe collecting community and caught up with the ToyLanta crew, and I have to single out Steve Stoval for putting on such a wonderful show. I barely got to say “hi” to him at the show because he was so busy, but we had a great time and he’s responsible.

There were dozens of dealers spread out over three rooms  with great vintage GI Joes, plus GI Joe from the Real American Hero era and brand-new custom uniform sets and figures for 12″ and 3 3/4″ GI Joes. Plus there were tons of other action figures and toys for sale.

Today we’re just going to show you random sights from the show. Later this week we’ll take a closer look at the custom figures and dioramas, plus the People of Kentuckiana. 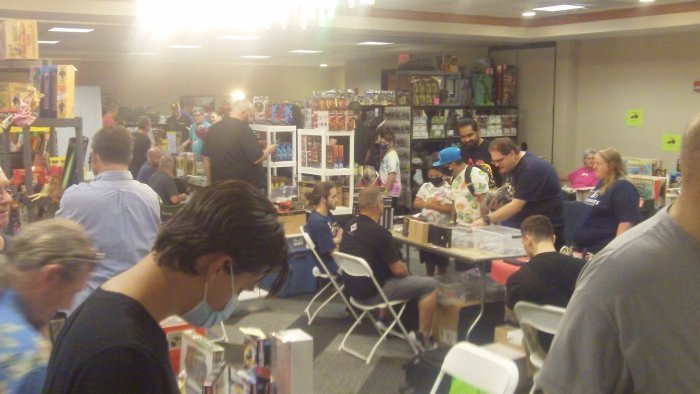 Lots of toys, lots of people…some of them masked. The people, that is, but some of the toys were, too. 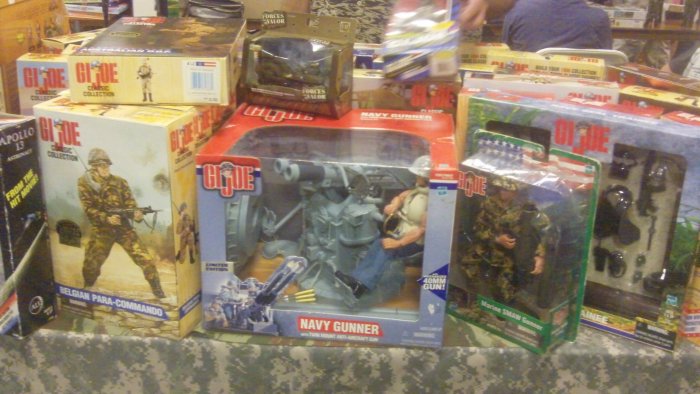 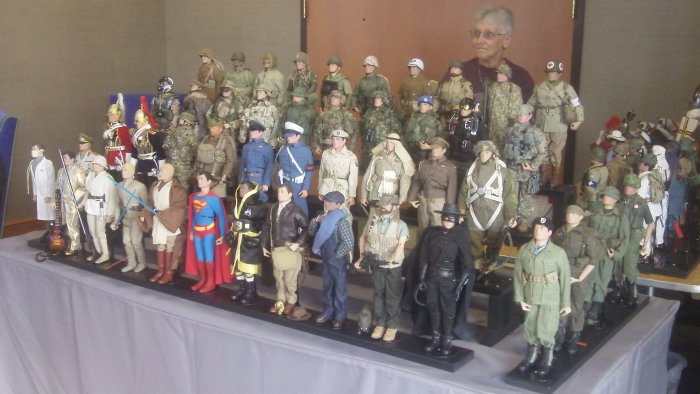 A display with a whole bunch of custom GI Joes. 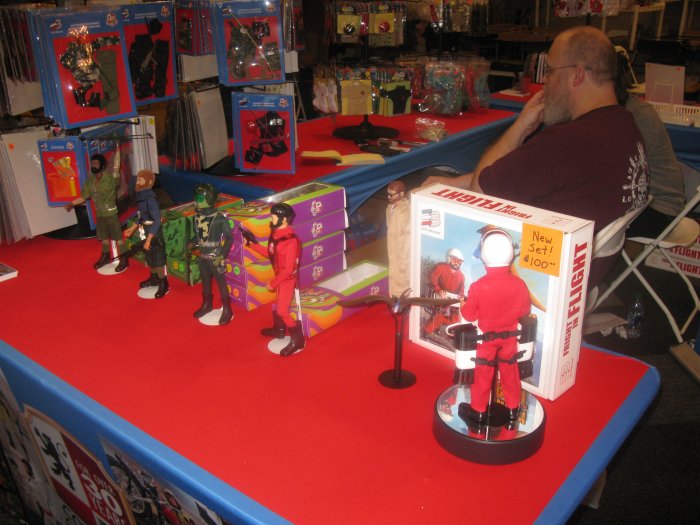 New stuff from Cotswold Collectibles. I bought some of these goodies. 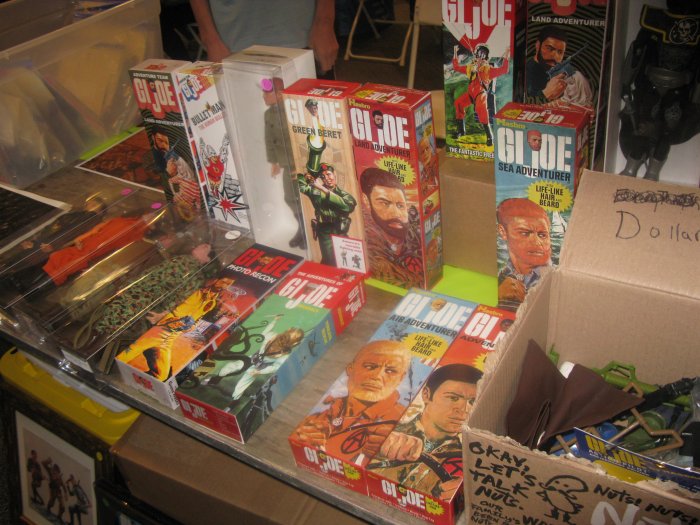 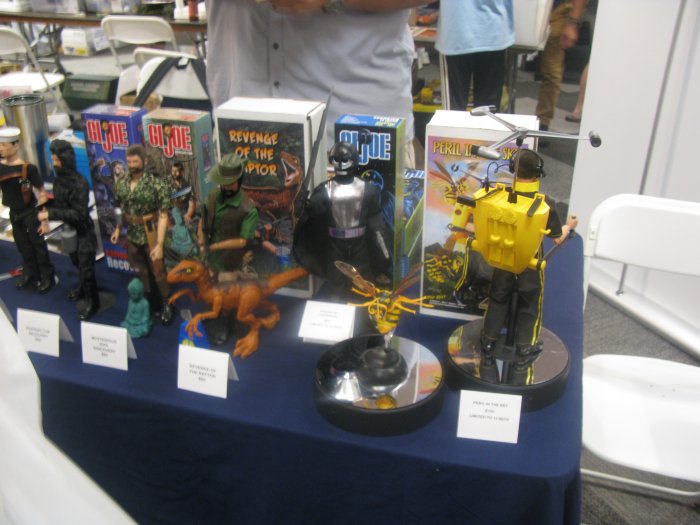 The Mattsquatch Customs table stopped me dead in my tracks, and I had to get one of the Knight of Darkness head/outfit/box sets. 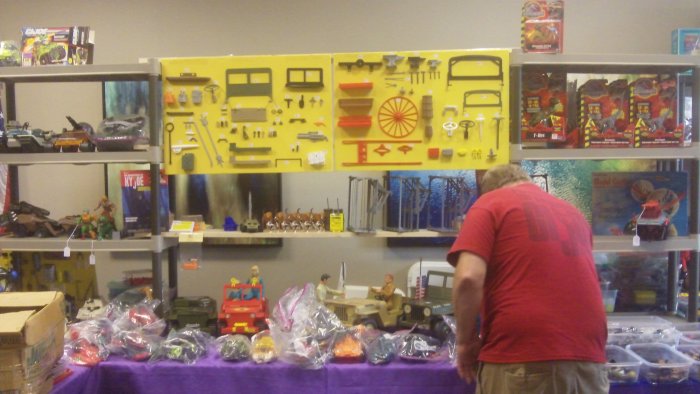 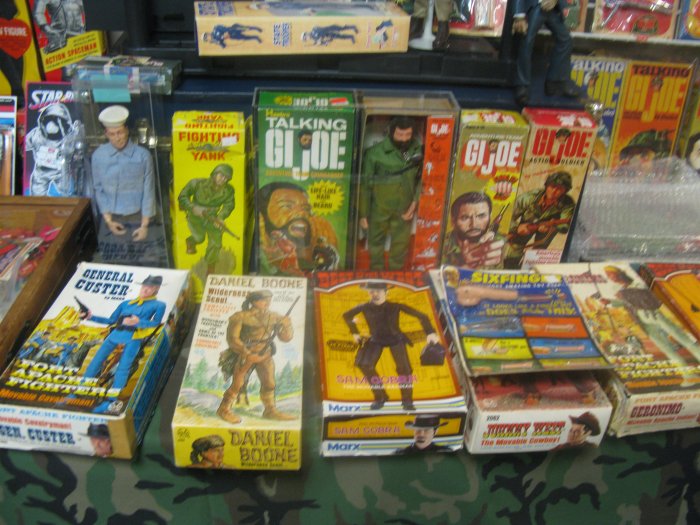 A mix of vintage GI Joe, Marx and Knockoff figures. 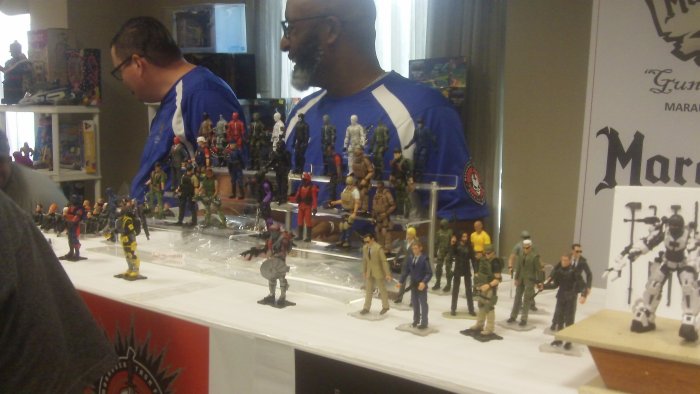 There were plenty of Real American Hero Joes around, too. 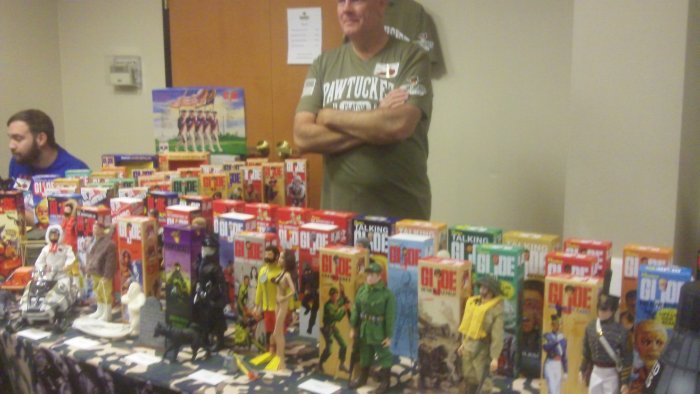 Pawtucket Platoon had some terrfic customs for sale. 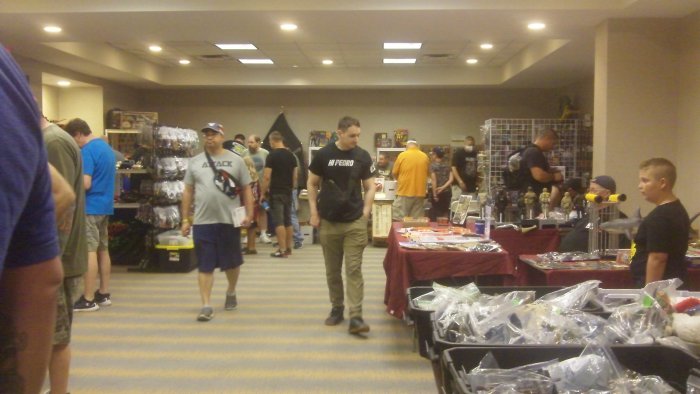 So much to see. 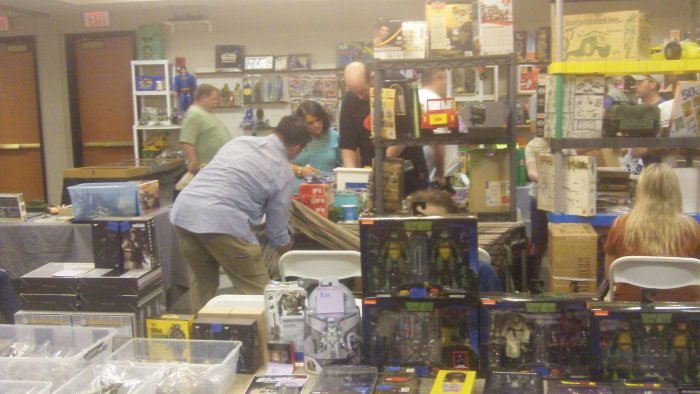 Some Trutles even snuck in to the show. 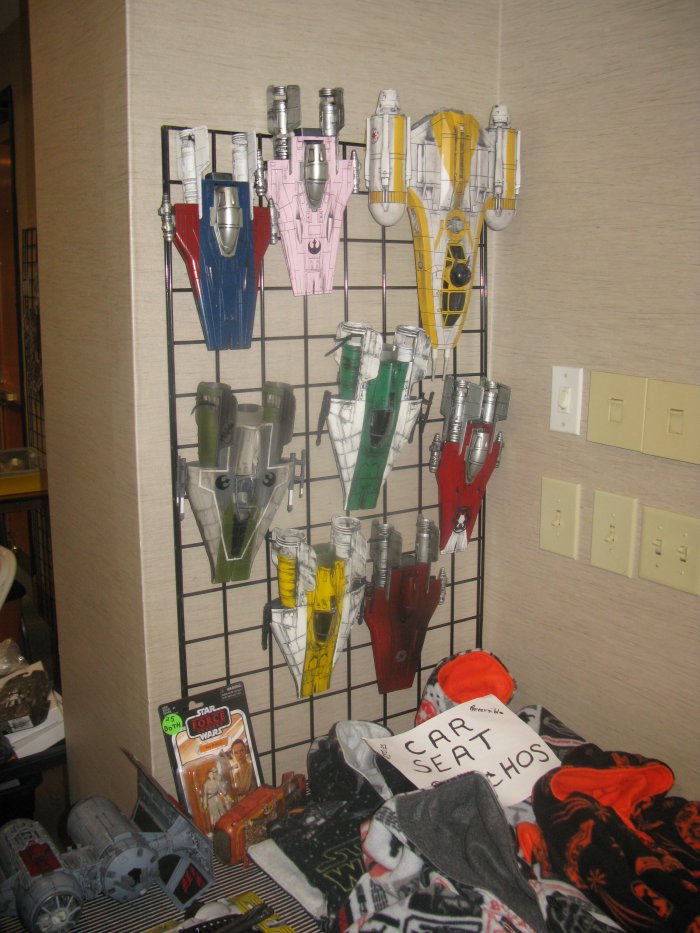 I’m not up on my Star Wars lore, so I don’t know if these are customs or what. Colorful little buggers, though. 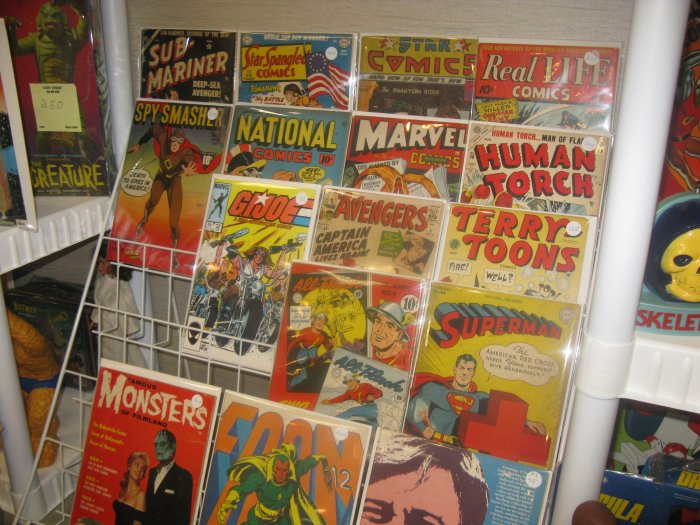 A rack of mostly Golden age comics that could stop your heart by the sheer force of sticker shock. 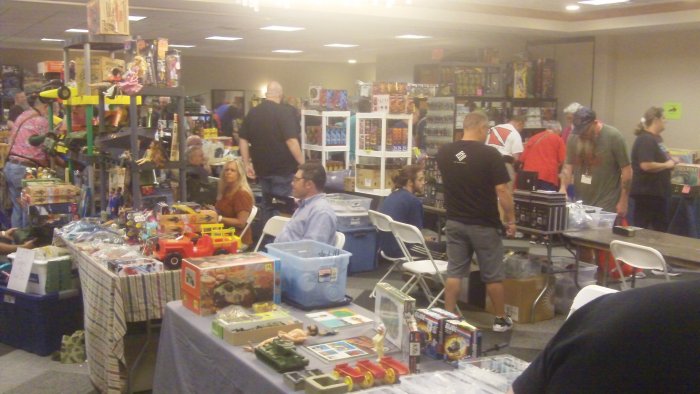 Another room packed with toys and collectors. The photos are a bit deceptive. Folks were mostly observing safe social distancing. 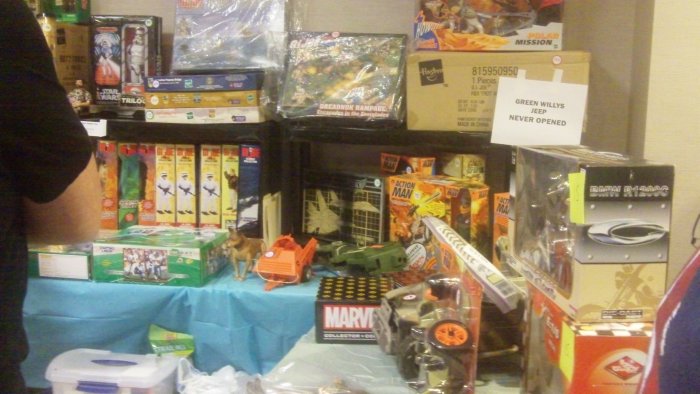 More interesting stuff from a couple or three decades ago. 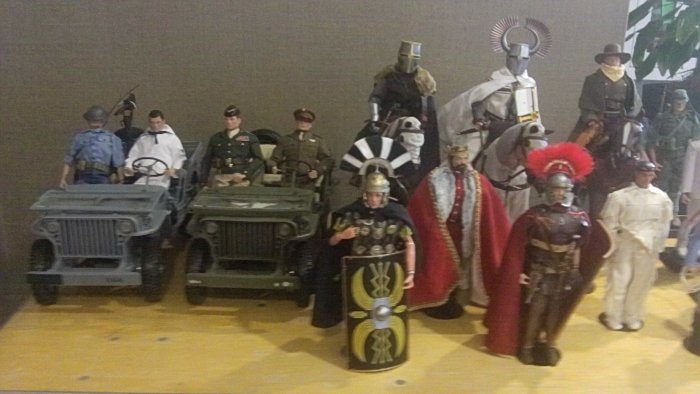 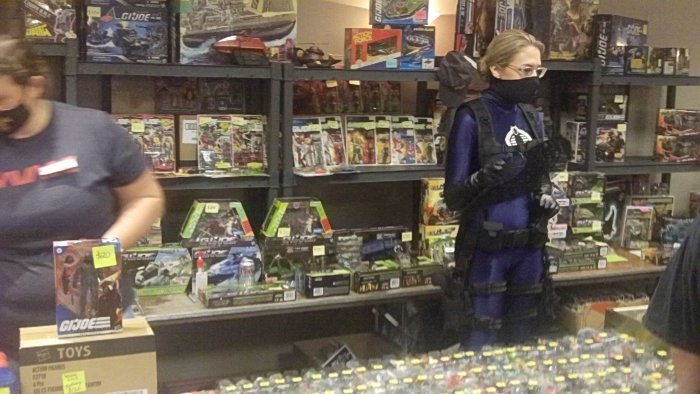 Don’t try to haggle with the Cobra folks. 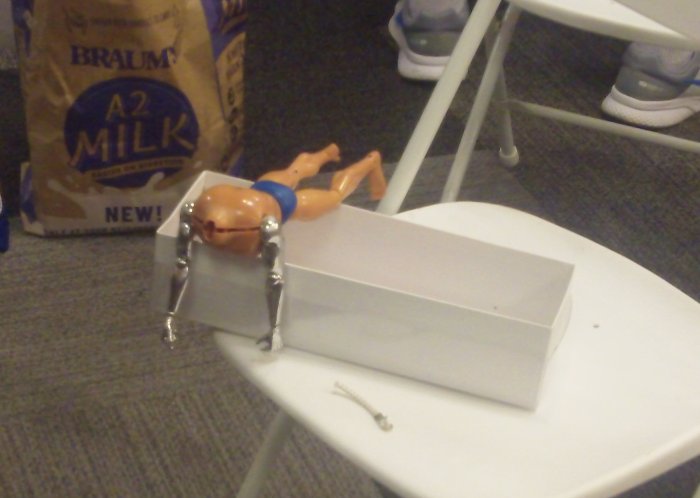 That’s it for today. We’ll have more photo essays tomorrow and Friday.