The People of Kentuckiana 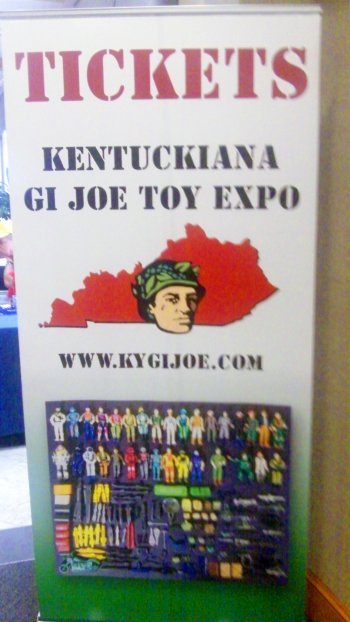 One of my shortcomings as a chronicler of cool toy shows is that I often get so overwhelmed by all the cool toys that I forget to take photos of people.

This year at The Kentuckiana GI Joe Toy Expo, I made a concerted effort to do better in that regard. Yesterday I brought you a bunch of photos from the show.  Today I’m going to share with you a few pictures I took of people at Kentuckiana, some are posed, some are candid, some are blurry (sorry about that).

I did not remember to snap a photo of everybody I knew at the show. In fact, the folks I hung out with and talked with the most are the folks whom I forgot to get on film (or virtual film, anyway).

I did remember to take a photo of Charleston area expatriot and former Holden Caulfield frontman, Dana White You’ll see that down below. It’s always cool to go to WonderFest and Kentuckiana because we usually run into Dana when we’re in Louisville.

There are a couple of photos below that I took, then forgot to ask who the person was. Chalk that up to something I need to do better in the future.  If you know them, feel free to clue me in down in the comments.

Without any further ado, here we go with the photos again… 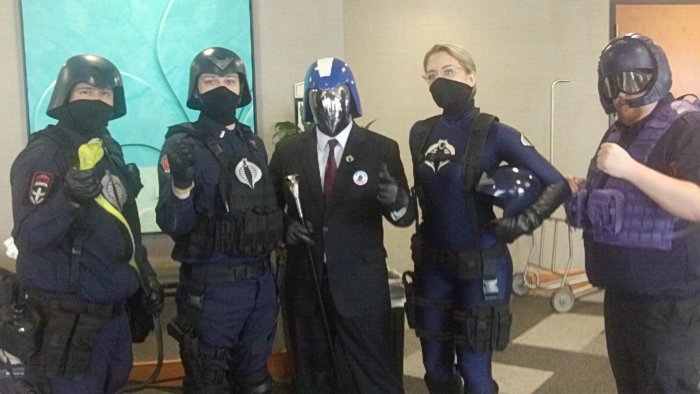 These are members of the cosplay/charity group, The Finest, and not the former administration’s anti-terror advisors. 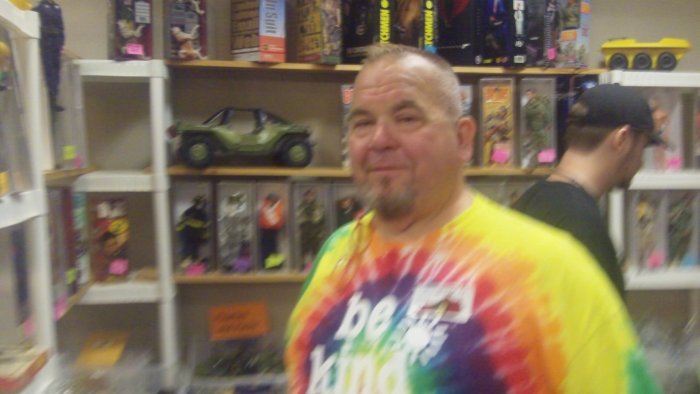 Noted GI Joe collector and dealer Dean Morrison, who complimented me on losing some weight by motioning to my stomach while he said, “Lookin’ good.” I misunderstood, and started explaining in a rambling manner that the shirt I was wearing was based on the monster sweatshirts from “Leave it to Beaver.” This gave Dean a confused look on his face. We had that all sorted out by the time I took this blurry photo. Sometimes I don’t take compliments well. 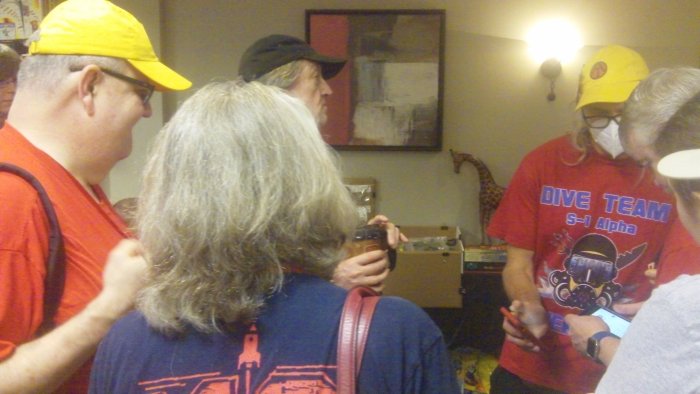 ToyLanta friends, Steve Charlton, the back of Charlotte Beckmann, part of Brian Becker and Ace Allgood. 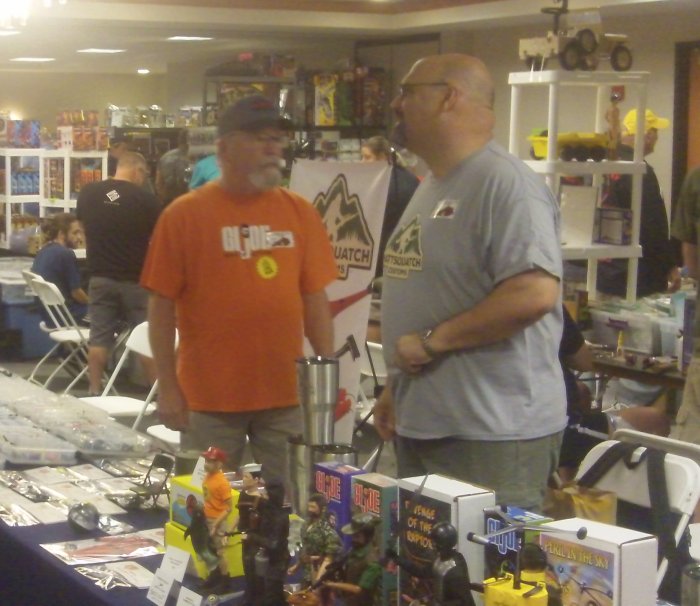 Matt Stevenson, from Mattsquatch Customs, on the right, with David Howard on the left. I’ve been getting Matt’s great custom sets for years. 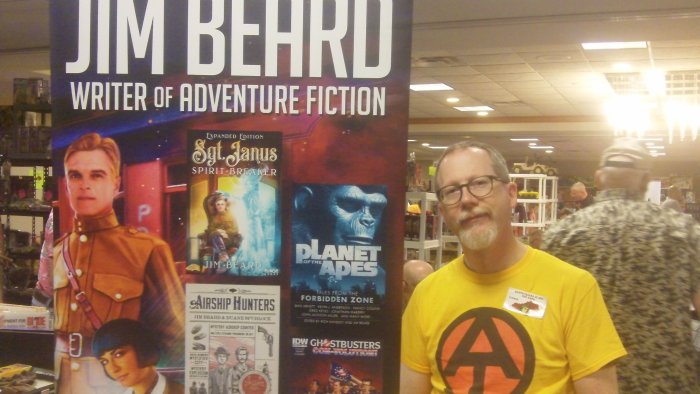 Author, Jim Beard, whose work has made it into the PopCult Gift Guide more than once. 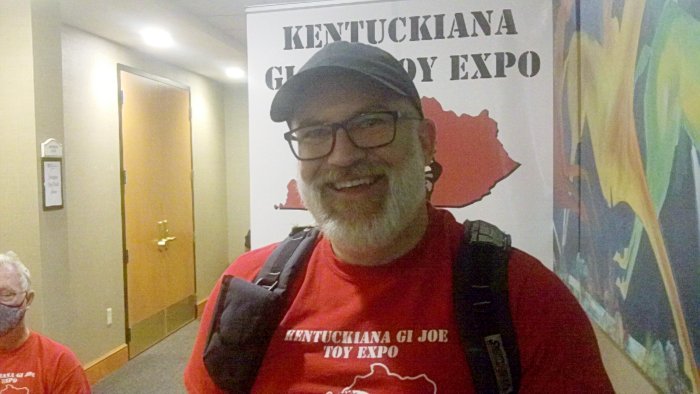 Always cool to run into Dana White (not the UFC dude). 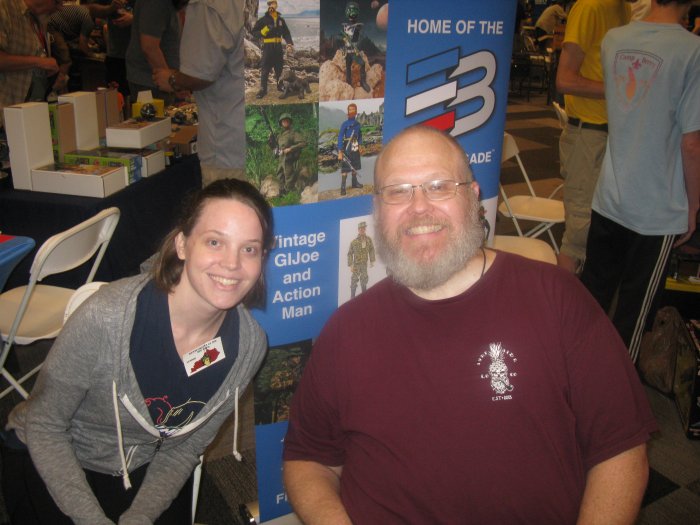 Greg Brown, from Cotswold Collectibles, and his daughter, Caroline. I’ve been buying toys from Greg for more than 25 years, which is sorta scary, when you think about it. 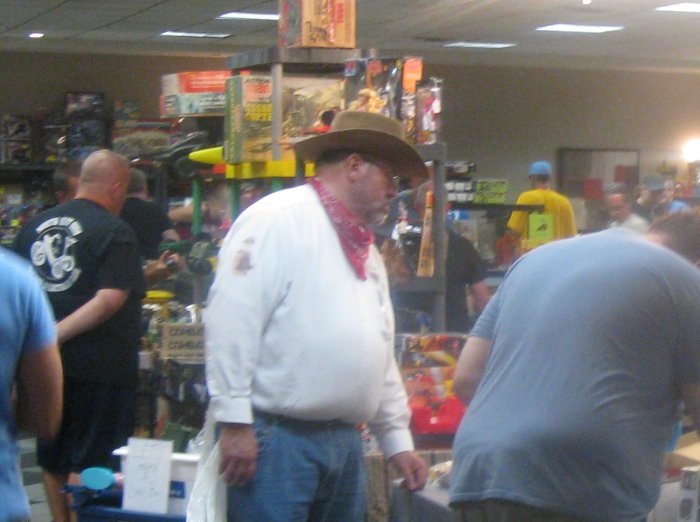 This lone cowpoke is non other than David Roth, who has sold me most of my rare Marx figures. 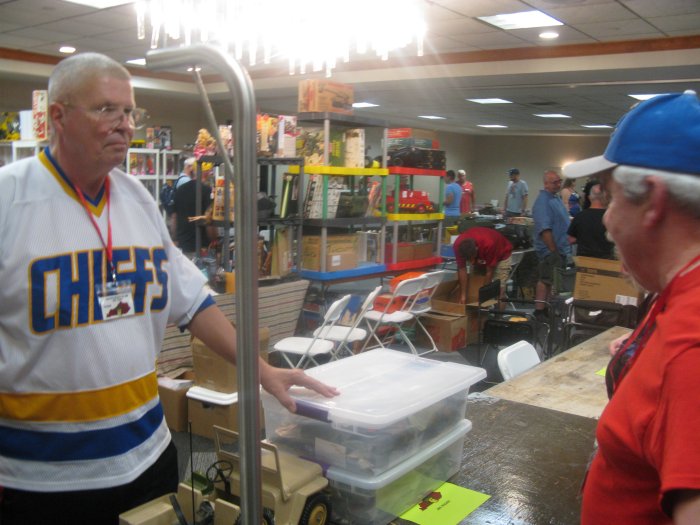 Two Scotts, Wilde, (on the left) and Beckmann (on the right). Scott Wilde still has nightmares about the Talking GI Joe I had him repair for me a few years back. 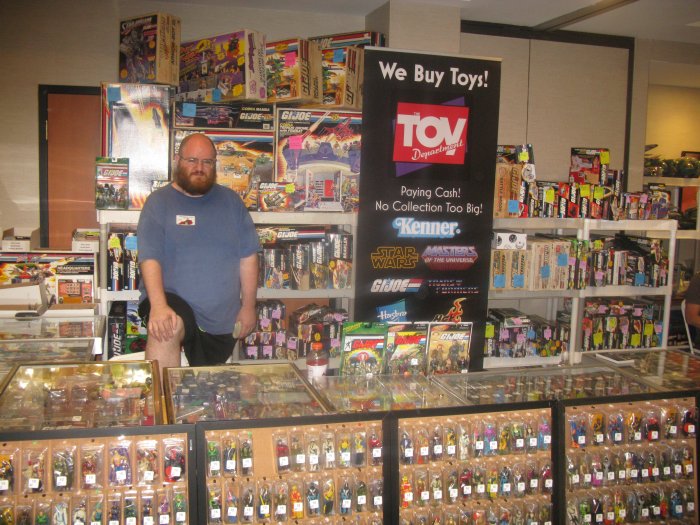 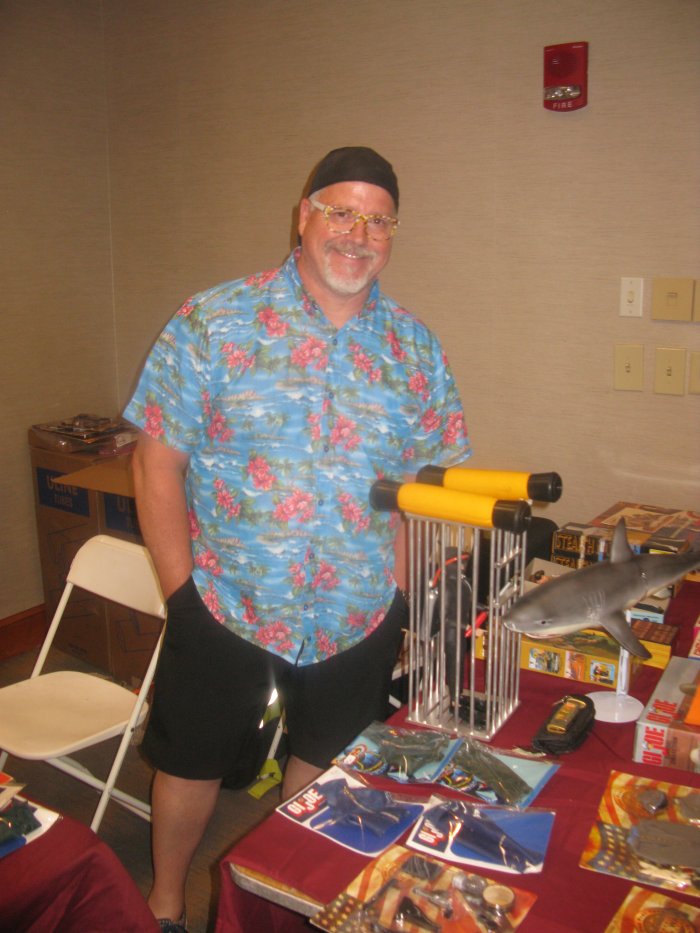 Tearle Ashby, with that incredible shark cage that I don’t have room for at the moment. I did buy a cool red SCUBA suit from him though. 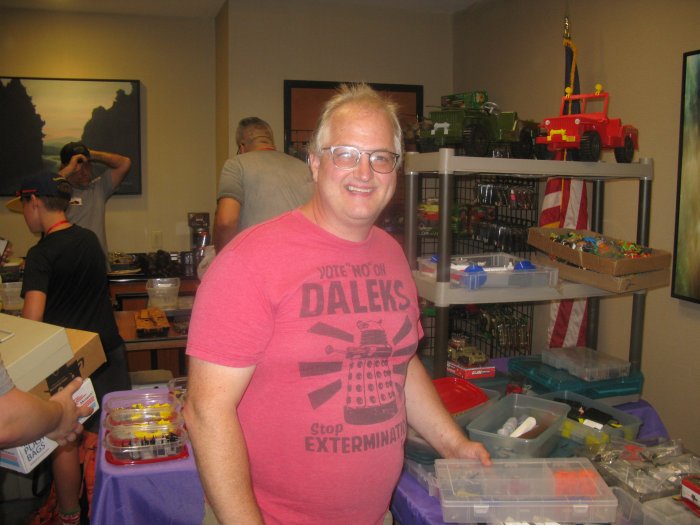 Brad Curry, the 3D Printing Wizard. I got some very cool things from him that you’ll see later this week. 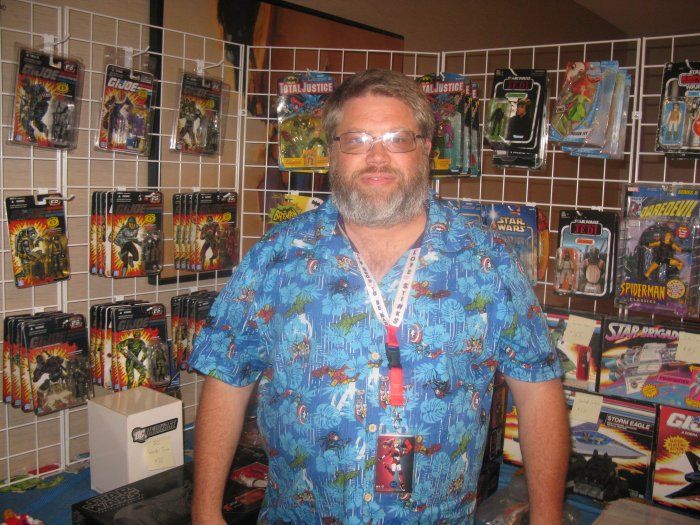 And finally, John Maddox, who had plenty of cool stuff too. (thanks to Greg Brown for the ID)

Since the blogging template I’m using won’t let me put links in the captions, here’s some reference links, in rough order…

The Trenches (Scott and Charlotte Beckmann)

If anybody you see above has a website that I missed, please add them in the comments.