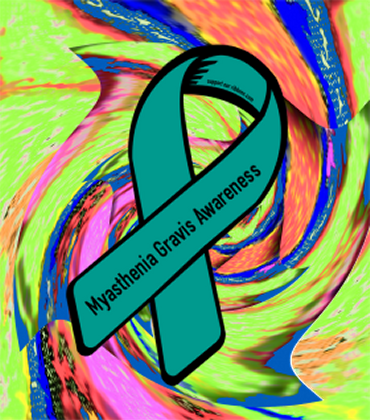 This will be a bit of a shorter PopCulteer, for reasons I will mention at the end of this post. It’s been a while since I gave my readers an update on how I’m coping with Myasthenia Gravis, and June is Myasthenia Gravis Awareness Month, so I thought I’d remind you folks what’s going on with me because I will be blogging about it a few times next month.

A little over two years ago I was diagnosed with Myasthenia Gravis, an auto-immune disorder which effects the way that nerve signals are transmitted to your muscles. It basically makes your body attack the membranes that convey those signals, leading to severe muscle weakness.

Every case is different, and I am extremely lucky to have one of the mildest cases that my doctors have seen. I’ve been dealing with it since at least 2005, but it was not diagnosed until 2016. In my case, it mainly effects my eyes and fingers. Some people get hit so hard by it that they have to go on disability because they have trouble walking, talking or breathing. They call Myasthenia Gravis “The Snowflake Disease,” which has taken on a whole new connotation in today’s poltical climate, but which actually means that every case is different.

I have responded very well to treatment, and except for some lingering double vision I’m doing really well for the most part. 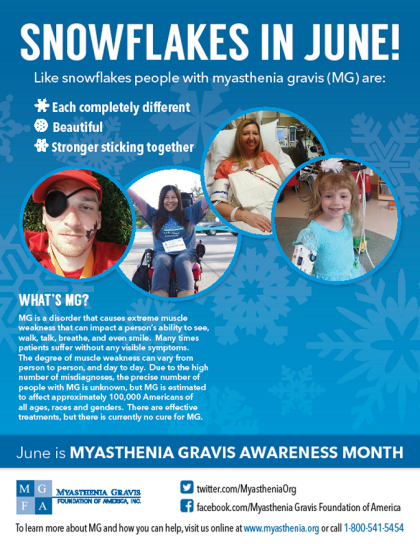 However, the last two years have been a learning process for me, and I still don’t know everything about this disease yet. Only recently did I discover that extreme heat and humidity can exacerbate MG symptoms. A friend who has this much worse than I do posted on Facebook about the effects of heat on Myasthenia Gravis. It was a bit of a revelation. I am still far from being an expert on this disease, and this explained a hell of a lot. I’ll be posting more about this June.

I’ve always hated the heat. I’m not a big fan of the outdoors. People suggest that I go for a nice relaxing hike in the woods and I look at them like they’re insane. It’s hot out there in the summer, and the woods is full of plants and bugs and animals and crap like that. Give me an urban landscape any day of the week.

I’ve always felt that way, and being outdoors for a long time always left me drained and miserable. Now I know why.

Add to that the fact that some of the meds I’m taking now instruct me to minimize my exposure to sunlight, and you can understand why I never accept invites to outdoor events any more. I might make the occasional exception, but only if it’s something I really, really want to see (like Paradise Park The Musical, or The Cherry Poppin’ Daddies at Live on the Levee). In the past I’ve covered some outdoor events extensively, and while I didn’t make a big deal about it, I always paid for it later.

I’m still trying to remind myself that, despite being in good shape, I have a chronic disease. I’m not going to let it stop me from enjoying life, but I am a lot more selective about what I do now. I don’t go to nearly as many local shows these days, but I do still support the local scene as best I can.

I have, however, stopped trying to kill myself by producing the Radio Free Charleston video show at an insane pace. I still plan to do one or two a year, but I’m also still trying to figure out how I managed to produce three hundred video shows (including The RFC MINI SHOW) in less than ten years while suffering from an undiagnosed chronic illness. Of late in The RFC Flashback in this blog on Saturdays I’ve been posting shows I produced in 2011 during FestivALL. That was a particularly brutal summer, with temps over 100 degrees for much of June, and I was still acting as the main caregiver for my uncle…and I managed to shoot–mostly outdoors, edit, produce and post eight episodes of RFC in two weeks. That was over three hours of video. And I did it for no money. Today I wouldn’t take on a project like that if they offered me huge amounts of cash for it (well, maybe, but it’d have to be really huge). I don’t know how I did it. 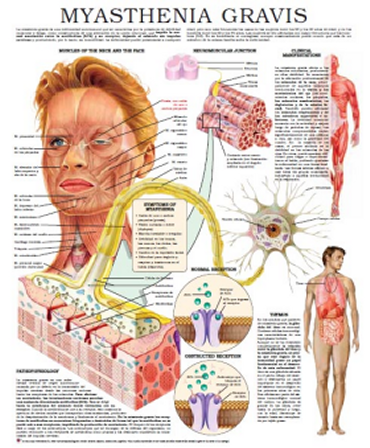 The best I can determine, I was running on fear. I noticed the changes in my body years ago, and in the back of my mind I had convinced myself that I had ALS, Lou Gehrig’s Disease. I felt a sense of urgency to produce as much work as possible because I thought I was one diagnosis away from spending the rest of my life bedridden, spending all day watching all the Marvel Cinematic Universe movies that I’d been avoiding. I thought I was racing the clock.

The thing is, that clock was not ticking for me. Myasthenia Gravis, though nasty enough for most people, is a walk in the park compared to ALS. It took me a year to stop being downright giddy about not having ALS. In the year since, I’ve started to learn to make more adjustments in my life to work around having this disease.

I am producing Radio Free Charleston as a radio show now, which takes it back to its roots. I’m having fun with The AIR, and while there is still no money involved, paying to run a radio station is actually less expensive than paying to produce a TV show, even for the internet. It’s less work and less wear-and-tear, and at times, it’s way more fun. Mainly, it’s way less work.

Fun is an important thing. I’ve lost my sense of urgency to work, and that means I have more time for fun. Melanie and I can travel now, and we’re taking full advantage of it. We’ll be travelling four out of the next five weekends. If you’re reading this Friday morning, it will be while I’m on a train from Pittsburgh to New York City to see the Edward Albee play, Three Tall Women (which apparently is not a Western). If I have some extra time, I may post photos from our trip while we’re there. If not, I will when we get back. PopCult was written in advance last Wednesday, and barring any posts from the road, will remain so until next Wednesday.

In the meantime, please continue to check PopCult every day, because even when I’m on the road, you’ll find all of our regular weekly features as well as fresh content every day. I will do my best  in the future not to promise a “short” column and then ramble on for a thousand words.

Extra PopCult Note: As I mentioned, I am in New York City this weekend. Right before I left, our internet radio station, The AIR, developed some kind of technical issue where there doesn’t seem to be any sound coming out of it. This is particularly annoying because we have a hilarious new episode of Sydney’s Big Electric Cat for this week, and special marathons of Curtain Call and Prognosis scheduled for Sunday and Monday. At the moment all we have is dead air. You may want to check the website over the weekend to see if our German IT Crowd can get it fixed, but I have a bad feeling it’ll be offline until I get back in town. Sorry about that.