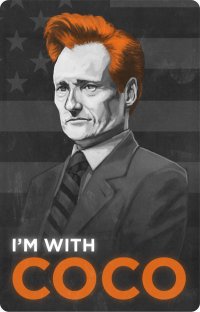 Let me preface this piece on the current mess at NBC’s Late Night line-up with an admission of bias. I never liked Jay Leno. I found him to be a mediocre comedian, a lousy interviewer, and a generally annoying presence. Add to that the fact that he never passes up a chance to tear into West Virginia, thanks to a miserable gig he had one time on Capitol Street, and you can see why I just don’t like the guy.

Conan O’Brien, on the other hand, is a likable fellow, about my age, a brilliant comedy writer and a fellow enthusiast of the 12″ GI Joe. I’ve been a fan of his show for years,and feel that he earned his spot on The Tonight Show.

With that out of the way, here’s my take on the current train-wreck that NBC has on its hands. As I write this, the latest unconfirmed word is that Leno has agreed to return to The Tonight Show, and NBC Chief, Jeff Zucker, is vowing to keep Conan O’Brien from appearing anywhere for the duration of his current contract (the one that promises him The Tonight Show). 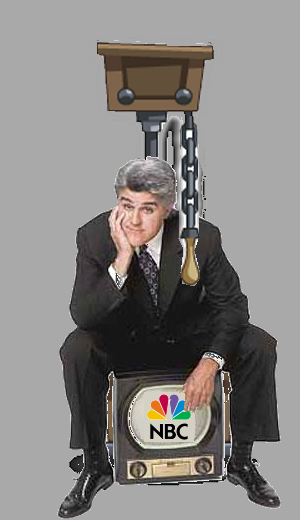 This is a corporate screw-up, the likes of which has not been seen since “New Coke.”

In 2004, NBC, desperate to keep Conan O’Brien from jumping to FOX, promised to move him to The Tonight Show in 2009. The feeling was that Jay Leno would be ready to hang it up by then and this would give NBC an orderly line of succession. The problem was, nobody asked Leno. This was NBC’s first big mistake–assuming that a guy who stabbed his best friend in the back, and then put all the blame on his long-time manager, who he abruptly fired (before she died of cancer) would give up the show peacefully.

A little history: Leno, who was recommended to Johnny Carson by his pal, David Letterman, on becoming the permanent guest host of The Tonight Show, immediately began a campaign to push Carson out. He blamed all this on his manager, Helen Kushnick, but only the most naive person would believe that it was not done at Leno’s behest. The shark-like negotiating and well-timed leaks to the media got to be so bad that Carson announced he would retire sooner than he’d planned. Carson wanted to make it to 30 years on The Tonight Show, but that wasn’t soon enough for Team Leno.

Leno’s legendary screwing over of his buddy, David Letterman is well-documented, particularly in Bill Carter’s book “The Late Shift.” It should be noted that Leno was a key source for the book, so that he could spin things to make it look like he was simply the stooge to Helen Kushnick, who was the real malevolent force behind all the bad things that were done to get Leno the prize of The Tonight Show.

Kushnick was dying of cancer while Leno was explaining that he had to fire her and ban her from the studio lot because he was shocked, shocked, to discover that she had lied to him about planting the rumors that hounded Carson into early retirement. The truth is, Leno threw his long-time manager and personal friend under the bus when it became clear that The Tonight Show with Jay Leno was a poorly-produced, barely-watchable disaster. After eighteen months of coming in second to Letterman, even though NBC had a strong prime-time line-up, Leno’s manager took the fall, and then the large-chinned wonder let NBC revamp the show to rescue it from cancellation.

This is the guy that NBC thought would go quietly into the night?

Once the plan of succession became known, Leno, as usual, went into business for himself. he openly courted FOX, a network dying to get a foothold in Late Night, and in the end, managed to get NBC to allow him to basically move his show, intact, to 10 PM every night. This was NBC’s second big mistake.

Essentially, NBC screwed Conan O’Brien as soon as the 10 PM Jay Leno Show was announced. O’Brien, who uprooted his entire staff for the cross-country move to take over The Tonight Show, was once again relegated to second-tier status. Now, not only would he still be seen as the “B” show, he’d also be competing against Leno for A-List guests in the same town. On top of that, NBC torpedoed their prime-time line-up for Leno. They also dealt a serious blow to their late-night schedule, a daypart NBC has ruled for nearly 60 years. Conventional wisdom was that the Leno show would be inconsistent in the ratings at best, which in turn would hurt the ratings of the late local news on NBC affiliates, which in turn would hurt the ratings for The Tonight Show.

NBC gave Leno the chance to prove that they were wrong in replacing him by counting on him to deliver an audience to the show from which he had just been removed.

What caught everybody by surprise was how much The Jay Leno Show would hurt the ratings of the late local news. NBC affiliates and the folks in charge at the network expected a slight drop, as audiences got used to having a new programming concept at 10 PM. They didn’t expect a prolo

And this is where NBC made their third big mistake. They turned a bad situation into a public relations nightmare. Much in the same way that they mishandled things when Carson retired and NBC named Leno as his successor rather than Letterman, who had earned the show, the network now looked like a gang of incompetent clods who had no business running a gas station, let alone a national broadcast television network.

But Jeff Zucker, rather than man up and admit his mistake, has chosen to place the blame squarely on O’Brien. Maybe he’s getting legal advice from Ed Rebrook. This “blame the victim” stategy is not going to fly. Somehow, it’s Conan’s fault that Jay Leno couldn’t deliver a show that audiences wanted at 10 PM. Damn that evil Irishman for making NBC honor their promises to him! In Japan a corporate executive who screwed up as badly as Zucker would spill the contents of his torso on the office carpet. Not Zucker, he’s proud to stand up and point the finger of blame at anyone but himself.

Keep in mind that this is Hollywood and nothing is settled, so we could possibly see Leno, Zucker and O’Brien all holding hands and exchanging sloppy wet kisses next week. At this point,I wouldn’t be 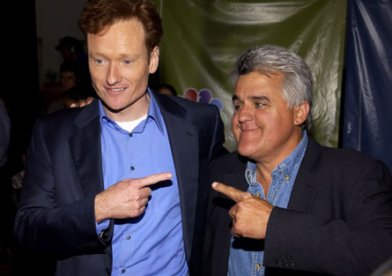 shocked to see a 90-minute “The Tonight Show with Jay and Conan.”

But the end result is that NBC has screwed the pooch. They may well have ended six decades of late-night ratings dominance through a series of increasingly bone-headed moves. O’Brien, having been given a vote of “no confidence” by his bosses will likely bolt for another network. If he stays for some reason, you can be sure that when the time comes to renegotiate his contract, he will extract his pound of flesh and then some.

If Conan winds up still on at 11:35, he’ll still have to deal with depressed ratings as the local news will still be stuck following an NBC prime time schedule that’s in a shambles. NBC will probably have to fill the 10 PM slot with episodes of Dateline, reality television, or re-runs of USA Network programs like “Burn Notice.”

If Leno jumps to FOX, he’ll grab a piece of the late-night pie. Either way, NBC will lose out.

A late-night NBC line-up that includes Leno and Jimmy Falon would be “Must Miss TV.” 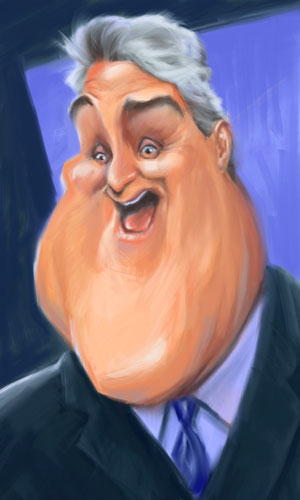 In the late 1980s, Jay Leno was booked to perform at Michael B’s Deli Company, on the corner of Capitol and Washington Streets. The building now houses Fed Ex Kinkos. It was an experiment, meant to save a struggling restaurant. Leno came in, acted nice to everybody, got paid and left town. It was a rare chance to see a nationally-known, but still minor, comedian in an intimate setting.

Two weeks earlier, George Carlin sold out The Municipal Auditorium. A couple of months later, Eddie Murphy nearly sold out the Civic Center. But Leno was not well-known enough at that point to sell out a deli.

A couple of years later, Leno, making one of his frequent appearances on “Late Night with David Letterman,” told a joke about West Virginia. It was your typical shoeless inbred type of comment, typical among the idiot elite, but he laid it on so thick that Letterman took him to task over it. Leno then told his story about ‘my worst gig ever.” He described Charleston as a filthy little coal-mining town, covered with soot. He complained that the audience at the deli kept coughing throughout his set because they all had black lung. He claimed that he was the only comedian to ever perform in Charleston, and went on and on about what an awful place it was. It was at that moment that I began rooting for Leno to fail.

Keep in mind that he took the gig knowing that it was an offbeat location. Remember that he’s from Boston, where an audience will stab you if they don’t think you’re funny. Leno went on national TV and lied about my hometown. I was not surprised that he went on to stab Carson and Letterman in the back. It was no shock that he threw Helen Kushnick under the bus to keep The Tonight Show. It’s certainly no big news when he took the 10PM time slot at NBC, thus dooming Conan O’Brien.

I’ve known for two decades what a worthless sack of s**t Leno is. Look what he said about us.

Next Week In PopCult.

Things get back to a post-New Year’s normalcy, as we bring you videos, art and a missing episode of RFC. Also, the comic book and other features will return to The PopCulteer.