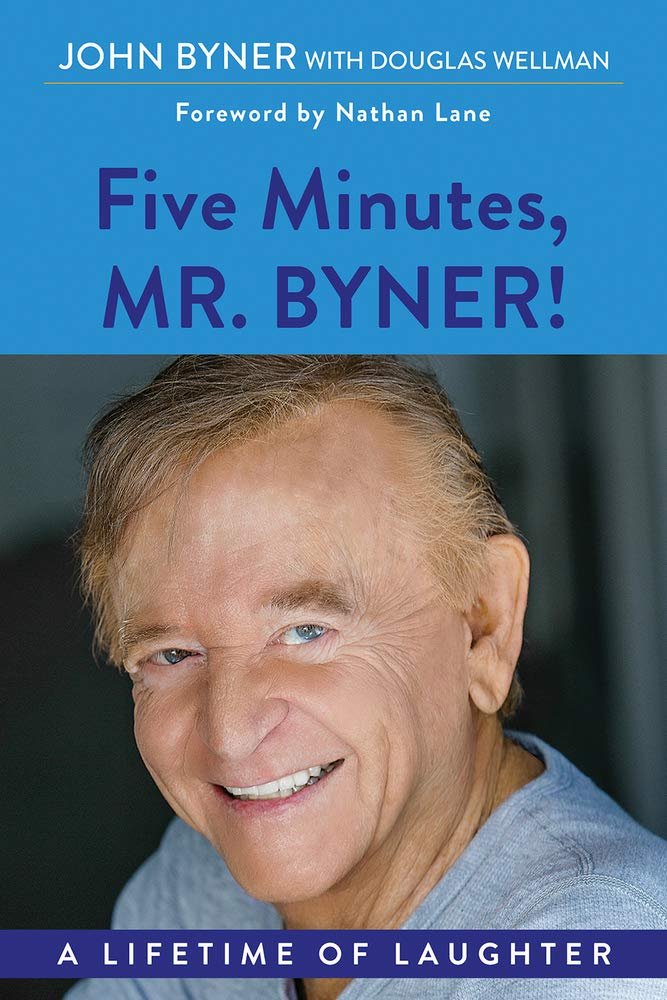 When I was a wee lad, John Byner was one of my favorite comedians. He was a talented impressionist (much better than Rich Little), he appeared on shows like Ed Sullivan, The Tonight Show with Johnny Carson, Get Smart, Dean Martin and others too countless to mention. What got my interest initially was his cartoon voices, beginning with The Ant and The Aardvark (more on that later) and continuing for decades, up to this day. He was even the voice of Bill The Cat in the Bloom County animated TV Special, The Wish For Wings That Work.

He was always funny, talented and very likeable.

Five Minutes, Mr. Byner: A Lifetime of Laughter, is a funny, pleasant likeable story of Byner’s life in show business. He spends some time on his early life, not dwelling on the negatives (his father passing away when he was young) but concentrating on his generally positive outlook and how he cultivated his talents into a long career. Byner, and his co-writer, Douglas Wellman, have crafted a very enjoyable showbiz book.

In briskly-written chapters, Byner gives first-hand accounts of working as a stand-up in The Hungry I, a legendary comedy club, and tells his readers what it was like appearing on shows with Ed Sullivan and Johnny Carson. He talks about his many film roles, dropping some big names along the way, and gives accounts of what it was like appearing on TV shows like Soap and Bizarre, which Byner hosted for five years, and which was the show that made Super Dave Osbourne a star years after he first appeared on another variety show hosted by Byner. 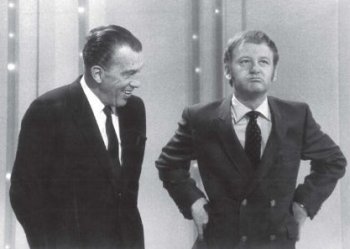 We don’t get a lot of personal details, and to be honest, that’s a bit of a relief. I wanted to read the story of Byner’s career, and didn’t need to hear the warts-and-all details of his three divorces. We do get a chapter on dealing with hecklers and difficult people (like Woody Allen and Alan King), but the book is overwhelmingly positive and enjoyable.

Five Minutes, Mr. Byner: A Lifetime of Laughter is a fascinating time-capsule into show business in the 1960s and beyond that doesn’t weigh down the reader with dark stories of personal demons. It’s a quick and enjoyable read, but it’s got lots of meaty showbiz stories.

You have to indulge me here for a moment. I do have one quibble with the book, and this may very well be an example of The Mandela Effect in action. Growing up, I ate, slept, drank and lived for cartoons. I loved everything about animation, and would even get excited about animated commercials. And one reason I was a fan of John Byner was that I saw an interview with him where he talked about creating the voices for The Ant and The Aardvark. 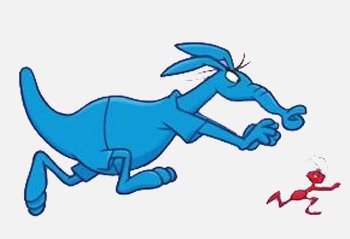 I have vivid memories of Byner, in that interview, talking about how he based the voice of The Ant, on Dean Martin, one of the top television stars of the day and a member of the legendary Rat Pack. I also remember Byner saying that he based the voice of The Aardvark on another member of The Rat Pack, Joey Bishop, who at that time was hosting a talk show on ABC that attempted to compete with The Tonight Show, starring Johnny Carson.

It has been very frustrating for me seeing references all over the internet to the voice of The Aardvark being based on comedian, Jackie Mason. It’s an easy mistake to make. Basically Joey Bishop and Jackie Mason have the same very Jewish, very New York voice.

I can understand the confusion, but when production began on The Ant and The Aardvark cartoon series in 1968, Joey Bishop was a household name. He was hosting a late-night talk show (Regis Philbin was his announcer) and he’d co-starred in several high-grossing movies during the 1960s. Mason, on the other hand, was still in what he has described as a “twenty year slump” after the 1964 “Middle Finger Incident” and was fairly obscure at the time.

Byner did know Jackie Mason, and was even on the same episode of Ed Sullivan where the “Middle Finger Incident” happened, but it seems to me that a cartoon producer would be more likely to base a character’s voice on a high-profile member of The Rat Pack than he would an obscure stand-up comic. 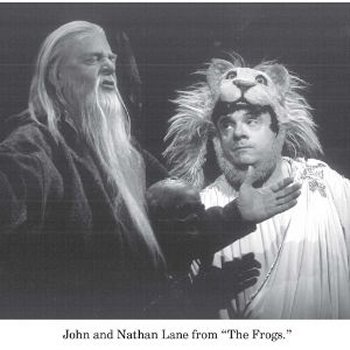 But in this book, and also in Nathan Lane’s intro, the voice is said to be an impression of Jackie Mason. It is entirely possible that I am totally mis-remembering something that I saw when I was seven or eight years old over half a century ago, but I’m wondering if maybe Byner could be remembering it incorrectly too. Maybe for years, people asked him why he was doing Jackie Mason’s voice for the Aardvark, and he just decided to go along with them since Joey Bishop had pretty much sunk into oscurity. Since Bishop and Mason have identical voices, it’s pretty much a moot point, but I had to get that off my chest.

Aside from that quibble, which probably wasn’t worth the effort it took to write, I do recommend this book for anybody who wants to hear some great showbiz tales without any heavy overtones. Five Minutes, Mr. Byner: A Lifetime of Laughter can be ordered from Amazon in print in or Kindle form.