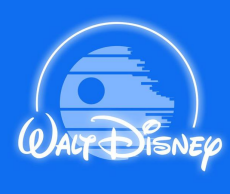 This week, your PopCulteer is all over the map. We’re just gonna present short, random items about a variety of topics of which we are not certain as we write this introductory sentence. Part of it is because the weather has sort of scrambled our brains and upset our routines. Part of it is because there’s just so darn much stuff to talk about this week. Most of it is because we put off writing this column until the last minute and had no idea what we’re going to do.

The Mouse Swallows The Force

The big pop culture news this week was that Disney bought LucasFilm. The House of Mouse is now the proud owner of the Star Wars franchise, as well as Indiana Jones. This was a bit of a shock, because nobody expected George Lucas to give up control of his creations, and because Disney seemed to have their intellectual property plate full with Marvel Comics, The Muppets, ABC/ESPN, Pixar, and all the creations of Walt Disney. 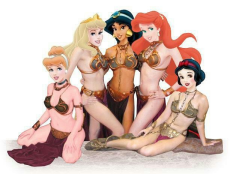 Once the shock wore off, the wringing of the Facebook hands started. People were worried that Disney would somehow screw up the Star Wars franchise. I don’t think they can do that. George Lucas beat them to it. Look at it this way–is the Star Wars franchise better off in the hands of the man who gave us Jar Jar Binks and the “Howard The Duck” movie? Or is it best entrusted to the people who gave us the Marvel Comics movies that led up to “The Avengers.” True fanboys know the answer to that question.

Disney should do a fantastic job with Chapter VII, even though their press release indicates that it will be an original extension of the trilogy of trilogies and not follow any of the post-Chapter VI storylines as laid out in the comic books and novels. One popular rumor has Chapter VII starting forty years after the end of “Return of the Jedi,” so that Mark Hamill, Carrie Fisher, and Harrison Ford can reprise their roles as Luke Skywalker, Princess Leia, and Han Solo. This would be really cool, but it could also be sort of like hiring Adam West to play Batman’s grandpa. 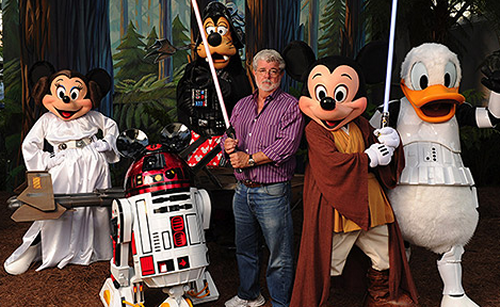 The real meat of this four billion dollar deal lies in the merchandising and licensing. It’s possible that Disney might let their toy deal with Hasbro expire and then shop the property to other toy makers to “freshen up” the line. Hasbro has a great track record with the Star Wars toys, but they’ve suffered along with the rest of the industry as there has been a massive downturn in action figure sales over the last five years. It’s also probable that once their license expires, Dark Horse Comics will wave goodbye to The Force as Star Wars returns to their original comic book publisher, now a Disney subsidiary, Marvel Comics.

One other not-so-far-fetched prospect is the idea of a Broadway musical based on the original Star Wars movie. This could be an innovative success, like director Julie Traymor’s “The Lion King” or an unmitigated embarassment and disaster, like director Julie Traymor’s “Spider-Man: Turn Off The Dark.” To be fair, the Spider-Man musical seems to be earning money, although it’s not clear if all the lawsuits involved have been paid off yet. We only hope that if Disney takes this route, they retain Bill Murray’s memorable vocal treatment of the Star Wars theme from “Saturday Night Live.”

All in all, the deal makes sense. Disney gets a franchise that has a lot of miles left in it, but one which needed refurbishing and Lucas gets four billion dollars to either give to charity or spend developing a machine that will erase everyone’s memories of Jar Jar Binks and “Howard The Duck.” The only real surprise here is that Lucas let his company go as cheaply as he did. 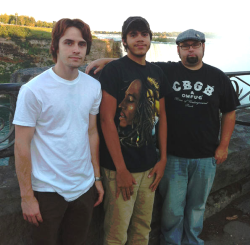 The Plugging of The Band

Nick Harrah has been a huge inspiration for us here at PopCult and Radio Free Charleston and has turned us on to many cool local bands. This week in The Gazz, Nick has a profile of Miniature Giant, a rare case of us getting to the band before he did. We first had them on Radio Free Charleston back in Episode 147. Check it out.

Now check out Nick’s great profile. You can catch Miniature Giant tonight at 10 PM, with The Tom McGees, Dinosaur Burps, and Beggar’s Clan at The Blue Parrot, with a $5 cover.

We did it last Saturday. Here’s the video.

Die-hard collectors should be advised that the next entry in the Captain Action line, Dr. Evil, as well as uniform sets based on Marvel Comics Thor and Loki, are starting to turn up at Toys ‘R Us and hobby shops nationwide. 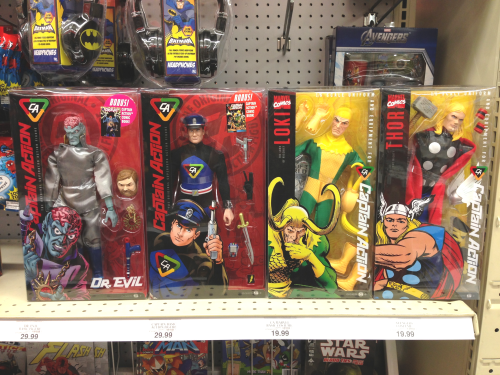 Photo by Craig Hedges from the Captain Action YahooGroup

You can expect a detailed review in this blog as soon as we get our grubby little mitts on them. 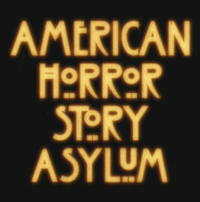 We are three weeks into the new season of “American Horror Story” on FX. This year, the series takes many returning cast members and tosses them into entirely different roles in a new setting. Jessica Lange returns chewing up the scenery with a vengeance, using a different exaggerated accent this time and the series is filled with shocking and disturbing events. Also, the guy from Maroon 5 gets his arm ripped off, which is always good for a laugh. Creator Ryan Murphy has concocted a horrific stew that includes insanity, demonic possession,pinheads, Nazis, aliens, ghouls, Catholics, lesbians, and the guy who took care of the cute little pig in the movie “Babe.” Thus far, it’s been a thoroughly enjoyable, thoroughly disturbing roller coaster ride. 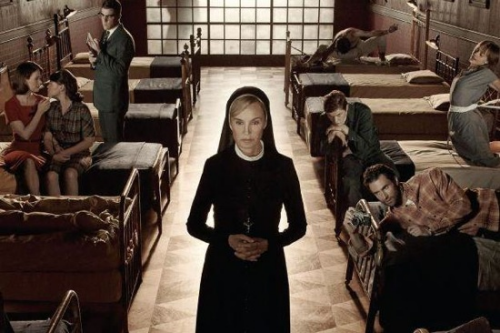 Friday night, in the cover free category, singer-songwriter George Brackens will be performing at Taylor Books at 7:30 PM. At 9 PM, Dugan Carter and friends bring classic jazz to Bruno’s on Leon Sullivan Way. In St. Albans at 9 PM, Hogan’s Goat takes the stage at Crumbpecker’s Bar. And also at 9 PM, Marshall Petty toots his jazz/blues saxophone at the upstairs lounge at Little India.

If you’re not broke, the highly recommended band, The Ultimatums take the stage at The Empty Glass at 11 PM. Cover charge is $5 before 11, $7 after the band takes the stage. 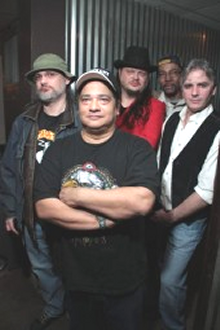 Free music Saturday evening includes Jeffrey Thomasson at the Bluegrass Kitchen at 7 PM. Mike Bennett will be performing at Taylor Books at 7 PM. You can experience the Vinyl Village with Mark Davis from 8 to 11 PM at Tricky Fish.

Our pick for a show with a cover charge Saturday night is our old friends The Diablo Blues Band, with Luna and The Mountain Jets kicking off at 11 PM at The Empty Glass, with the usual $5/$7 split for the cover.

With that, we shall throw in the towel on this week with a reminder that you should check out this blog frequently, if not obsessively, so that you can catch our regular features including Sunday Evening Video, Monday Morning Art, and if all goes according to plan, a brand spankin’ new episode of Radio Free Charleston sometime Monday evening.