SMASH! Is An Absolute Treat! 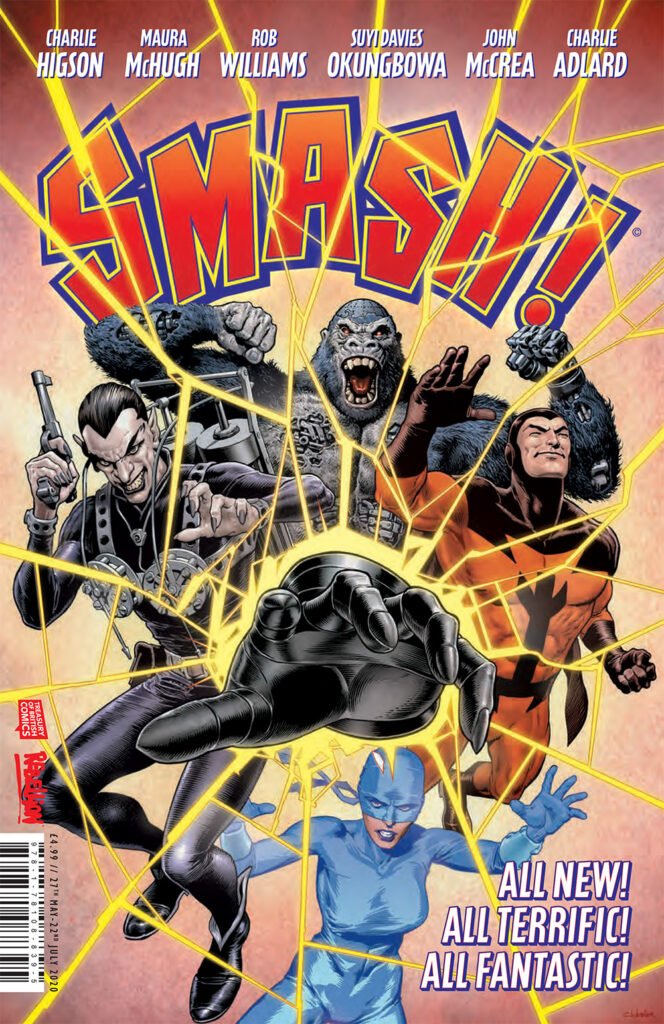 This book is right in my wheelhouse as an anglophile who loves short-form stories and revivals of obscure characters.

The stories range from six to ten pages, and there’s not a bad one in the batch. 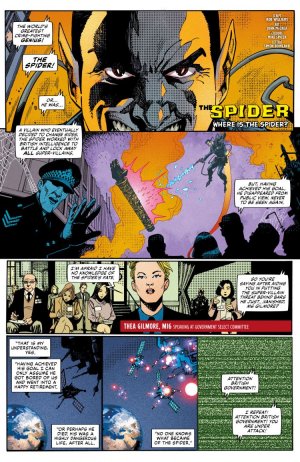 I was not familiar with any of these characters, but each story is preceded by a page with a quick history of the character to bring you up to speed. The concepts are straight out of the same mid-1960s primoridal ooze that gave us The Prisoner, Captain Scarlett, Thunderbirds and the original Doctor Who. With a mix of science fiction, the occult, anti-heroes, super-evolved cavemen and a giant robot gorilla, this cmic book is sequential art heaven for me.

More than anything else, SMASH! reminded me of the pure Brit-feuled comics-loving joy that I first experience nearly forty years ago when I found the first issue of Warrior Magazine at Comic World (then in Nitro).

This is all-new stuff to me, but each concept has a rich backstory, and makes me very likely to seek out the reprints of the original stories of these characters that Rebellion/Treasury of British Comics has been publishing of late.

SMASH! was originally solicited early last year and was to have been published in May, but the pandemic, combined with crossing the Atlantic meant that I didn’t get my copy (ordered from Westfield Comics as a gamble) until December. I didn’t have time to read it until a week ago.

Sometimes with a gamble, you hit the jackpot.

This book is packed with greatness.

The Spider written by Rob Williams and John McCrea revives “The World’s Greatest Super-Villain,” The Spider, who is so super-intelligent and smart, but also so vain, that he has been known to turn on his criminal allies and actually help put them away. This story explains where he’s been for the last few decades, and leaves everything wide open for a full-blown revival.

Thunderbolt the Avenger by Helen O’Hara and Valentina Pinti serves as an origin story for the new person who has taken on the mantle of the original Thunderbolt, who gains superpowers for two hours at a time thanks to a special wristwatch. This is a straight-up superhero adventure. 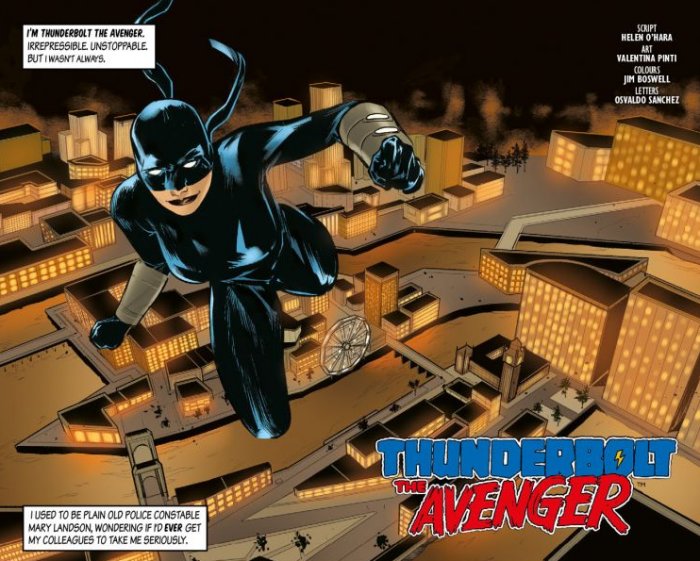 Johnny Future by  Anita Break and Tom Raney continues the adventures of a “missing link” who was discovered, on an expedition, then brought back to the UK where an accident caused him to super-evolve into a man from the future with all sorts of super-abilities. This story finds him in suspended animation to prevent him from evolving to the point where he accidentally destroys the Earth. 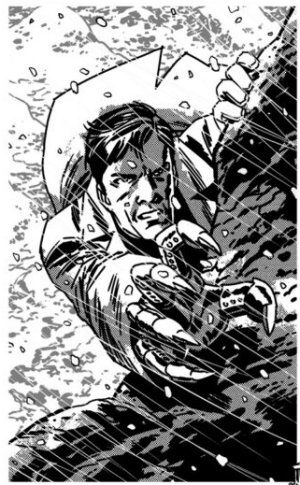 The Steel Claw by Charlie Higson and Charlie Adlard (Adlard being the artist most associated with The Walking Dead), is set on December, 31st, 1999, and tells a lost adventure of The Steel Claw, a British super-spy who, due to an electrical accident, has gained the ability to turn invisible, with only his prosthetic hand remaining visible.

In this story he has to deal with a Millenium plot to assassinate the Queen. Mick Hucknall is involved. Elton John also shows up, but not really.

Mytek the Mighty by Suyi Davies Okungbowa and Anand Radhakrishman bring us up to date on Mytek, a giant Robot Gorilla created to bring peace to a region of Africa. Mytek was stolen by a dwarf named Gogra, but was later recovered, and did battle with a series of other giant robots under the control of Gogra. In this story, the long-missing Mytek is discovered, and appropriated by a billionaire with unknown intentions.

House of Dolman by Simon Furman (Transformers) and Chris Weston (Judge Dredd, Enemy Ace, The Twelve) is the shortest story in the book, but also my favorite.  Dolman is a wheelchair-bound eccentric inventor/ventriloquist who has created a team of animatronic puppets, each of whom he provides with a unique personality and voice.

Naturally, they fight crime while he controls them remotely. My description does not do justice to how much fun this story is. 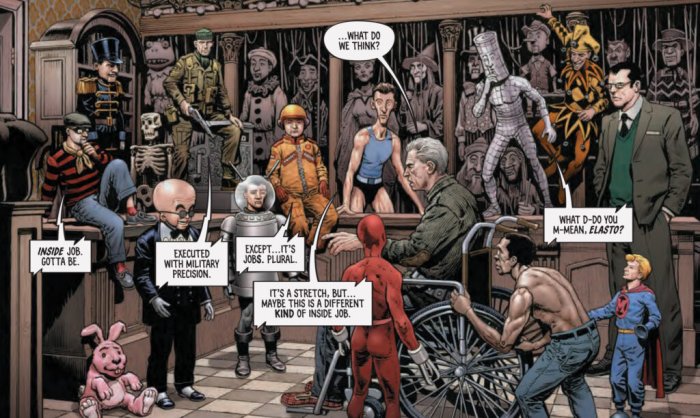 Every story in this book left me wanting more. I would love to see this anthology continue, with the same creative teams. After decades of decompressed storytelling afflicting the comics industry, it’s an absolute treat to read top-quality comics that give you a fully-realized plot in six to ten pages. This is what good comics should do.

SMASH! might still be available from hipper comic book shops, or online dealers, or you can order it directly from the publisher.