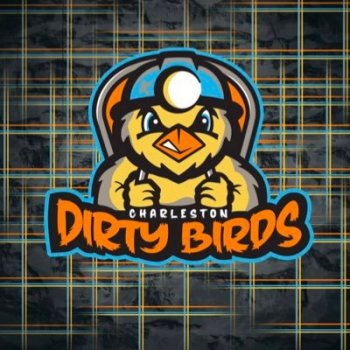 We have lots of localish stuff to talk about this week in The PopCulteer, so let’s get started…

For The Love of God, Why?

Charleston’s Minor League Baseball team unveiled their new name this week, and to the horror of many, it turned out to be the much-rumored “Dirty Birds.” Picking a new name for a ballclub is a thankless task, and any choice is bound to cause tons of people to come out of the woodwork to bitch and moan about what a poor choice it was.

Allow me to join in with that chorus. “The Dirty Birds” really sucks.

Now, I totally understand why the new owners of the team wanted a new name. “West Virginia Power” was outstandingly lame and uninspiring from day one. First of all changing from the city to the state designation in the name was a misguided move that only confused people. I know it was meant to make the team more appealing to baseball fans outside of the Capitol City, but it didn’t.

Second, I know that they sold the naming rights to the new ballpark to Appalachian Power, and really, really wanted to suck up hard to the electric company by naming the ball club after them. But it was a bad move, and we were long past the point where we needed to change to something more appealing and exciting.

Also, there is this ridiculously wrong-headed idea that all we care about in West Virginia is coal, and therefore this would make West Virginians flock to the new club.

The truth is that, outside of the coal barons who either own, or are, state politicians, and the coal miners who sacrifice their lives to make those coal barons rich, not many other West Virginians give two craps about coal. I know I’ve lived here my entire life, and I’ve been sick of hearing about coal since before I started high school, and that was a very, very long time ago. 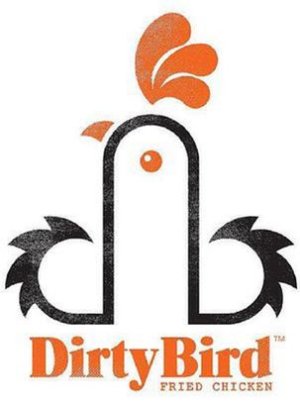 That brings us to a laundry list of many problems with the name “Dirty Birds,” and it’s not just because the name is being used by a fast-food chicken place with a deliberately phallic logo.

First up, only somebody who knows nothing of Charleston would consider (once again) giving our ballclub a name that has anything to do with coal.

Jay Leno, “America’s Scumbag,” once called Charleston “A dirty little coal mine town where the streets were covered with soot and filth.” I’ve hated the man ever since. Now the owners of the ballclub have essentially agreed with him. There are no coal mines in Charleston. Trust me. The only dirty birds we have around here are pigeons, and who would want to name a ballclub after rats with feathers?

That’s one problem with the name. The second is that the word “dirty” does not have any positive connotations at all. “Dirty Birds” is what people call teams like The Atlanta Falcons when they suspect that they’re cheating.

Compounding this problem is that “Dirty Bird” already has several other meanings which I don’t think a minor-league ballclub would want to be associated with: It’s a euphemism for giving someone the finger; It is also slang for a woman with unclean private parts; Worse than that, The Urban Dictionary defines it as a particularly unpleasant and demeaning sex act that involves the involuntary exchange of bodily fluids.

Let’s see ’em put that on a shirt. 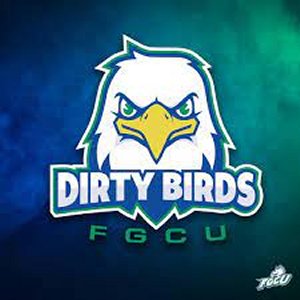 There’s also the fact that Florida Gulf Coast University uses “Dirty Birds” for their team. Are we competing with Florida for bad ideas now?

Then there’s the fact that the name is intended to pay tribute to the legendary canaries that were sent down into the coal mines to warn the miners of unsafe levels of methane.

You know how they did that? They had seizures and died. These were innocent little animals without a care in the world who were sent down into coal mines where they stood a good chance of dying because their lives were considered to be expendable. It’s pretty much the same way the coal miners were treated.

Every time I see that logo and hear that name, I’m gonna think of death. Why not just call them “The Charleston Grim Reapers?” 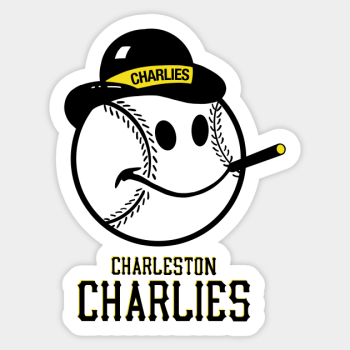 Minor league baseball is not a high profit-margin business. Having two different names for a team means that they can have an additional revenue stream. It’s the same reason Major League Baseball and the NFL have their teams wear “throwback” uniforms sometimes…it gives them something different to sell.

I get that they never seriously considered using “The Charleston Charlies” full time for that reason. It makes sense. However, the name they picked, and the other rumored contenders don’t make sense. 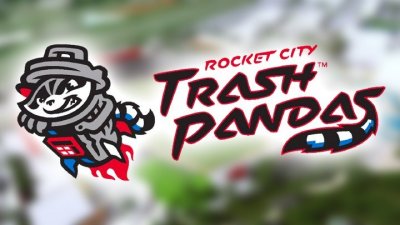 I’m sure the idea behind picking this name was the hope that the novelty value would spur out-of-towners to collect their merchandise. However, the name is neither novel nor clever. It’s not as goofy as The Toledo Mud Hens, and not as eye-catching as The Rocket City Trash Pandas. In the end, it’s just lame, like they were trying real hard to be outrageous, but were afraid to offend anyone. If not offending anyone was a concern, maybe they should’ve Googled it first.

There were other names that could have worked better and represented the area more: “The West Virginia Pepperoni Rolls,” “The Charleston Capitols,” “The Kanawha Valley Water Leaks.” Heck, since it seems that the dominant cultural force in Charleston now is beer, how about “The Capitol City Ale Kings,” or “The Charleston Growlers?”

With that last one they could have a drunk bear as a mascot. Who doesn’t love drunk bears? 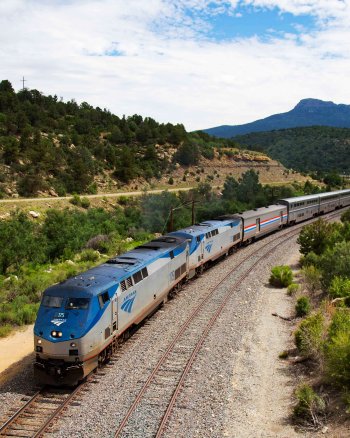 Longtime PopCult readers know that Your PopCulteer and his lovely wife enjoy going places via Amtrak. We are very excited to see the improvements at the Charleston Amtrak station, and I can pass along some second-hand information, which is very likely accurate, but not confirmed.

Think of it as coming from “unnamed sources.”

The renovations to the Charleston station should be complete by November 1, barring any unforeseen delays. When they are complete, there will be additional parking spaces, so that you can leave your car there overnight, which is pretty important since The Cardinal only runs three days a week.

The station is newly revamped, ADA-compliant and looks wonderful. There are persistant rumors that we could see The Cardinal begin daily service, but that probably depends on President Biden’s infrastructure bill getting passed, so it might not happen anytime soon.

If you’d like to see The Cardinal go daily, now would be a good time to call Senator Manchin and bug him about that (after thanking him for getting Charleston returned to its manned station status). Here’s a tip, if you get calls asking to patch you through to the Senator’s office to lobby for some political cause of some sort, let them patch you through, but instead of talking up their cause, make a pitch for daily service for The Cardinal instead.  If your dinner is going to be interrupted by a political call, you might as well get something useful out of it.

All of this is good news for those of us who enjoy traveling by rail. Now we just have to hope that the pandemic subsides so that we can have places to visit.

That Voice on The Voice 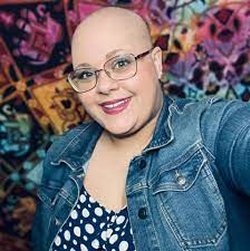 I usually loathe singing competition TV shows, but I have to make an exception here. Holly Forbes is an amazing singer from Catlettsburg, Kentucky who has performed all over the tri-state region. I’ve played her music on Radio Free Charleston, and in an odd turn of events, I, along with Melanie Larch, Holly and a few other local singers, added backing vocals to a couple of tracks on a yet-to-be-released album by The Big Bad.

Holly has such an incredible voice that it really shouldn’t be a surprise that she was discovered by NBC’s The Voice. I have no idea how the competition part of the show works, but below you can hear Holly sing Elton John’s “Rocket Man” and feel a little proud of our local girl made good…

I get strange things in the mail sometimes… 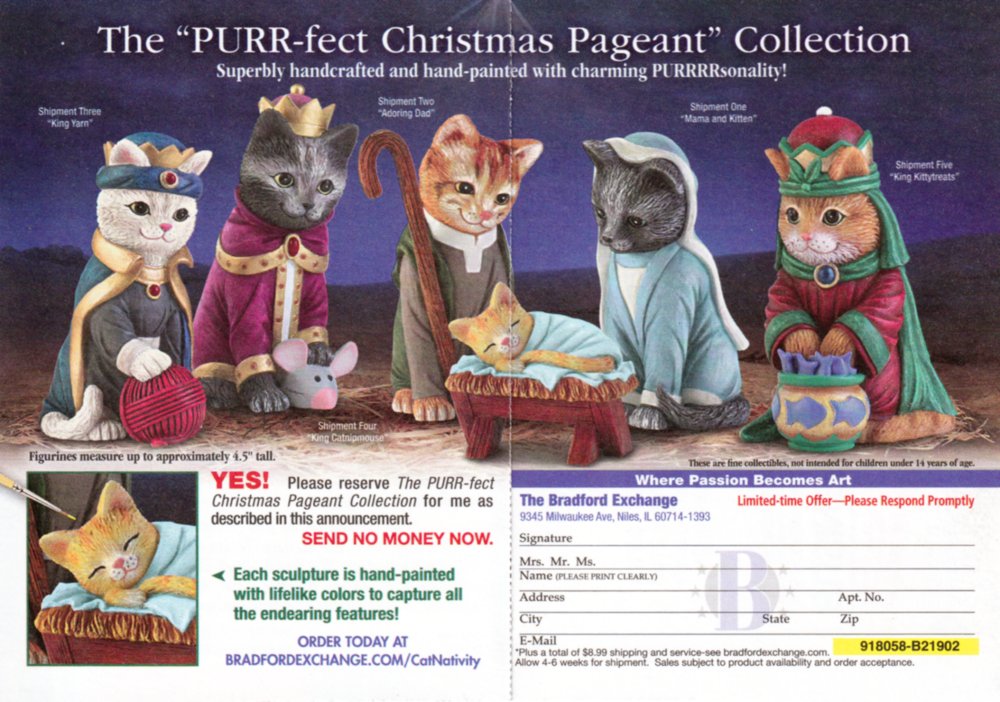 Friday on The AIR

Friday afternoon we offer up a new episode of MIRRORBALL and encore a recent Sydney’s Big Electric Cat. The AIR is PopCult‘s sister radio station. You can hear these shows on The AIR website, or just click on the embedded player at the top right column of this blog. 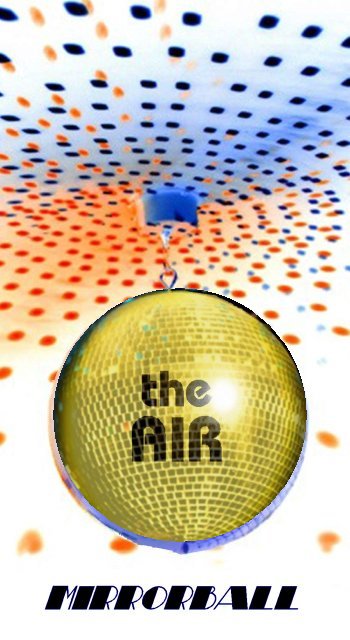 At 2 PM, Mel Larch uncorks a new MIRRORBALL! The AIR’s showcase of classic Disco music presents a solid hour filled with the biggest hits of the classic Disco era. It’s a great show, and I’m just going to drop the playlist right here…

At 3 PM, Sydney Fileen graces us with an encore of an episode of Sydney’s Big Electric Cat which is the second episode devoted to Sydney’s alphabetical jaunt through New Wave Music.

Sydney’s Big Electric Cat is produced at Haversham Recording Institute in London, and can be heard every Friday at 3 PM, with replays Saturday afternoon, Monday at 7 AM, Tuesday at 8 PM, Wednesday at Noon and Thursday at 10 AM, exclusively on The AIR. The Haversham shows will return with new episodes next week. YAY!

That’s about it for this week. Check PopCult every day for fresh content.