The Color Purple, Godmode Brodway And A Plea 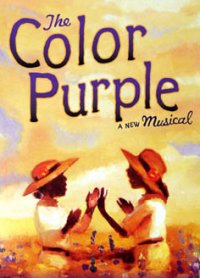 That’s Radio Free Charleston 157, “The Mighty Thor Shirt,” you see up there in the box above this text. This week we are bringing you three songs from the newest production by the Charleston Light Opera Guild, plus we have some new music from Godmode Broadway, and a heartfelt plea from The Tom McGees. Host segments were shot around The Charleston Civic Center.

The Charleston Civic Center Little Theater is the site of the Charleston Light Opera Guild production of the musical version of “The Color Purple.” The beloved novel by Alice Walker was turned into a Broadway musical a few years ago by Brenda Russell, Allee Willis and Stephen Bray, with a book by Marsha Norman, and it is the spring offering from Charleston’s Light Opera Guild, opening May 4.

Because of our new production schedule we were not able to record a dress rehearsal like we’ve done in the past, but director, Nina Denton Pasinetti, invited us into the Guild workshop so we could take in an early run-through. Melanie and I were mightily impressed. A week out from opening night, the cast had already gelled into a finely-tuned vocal ensemble. Even without the benefit of an orchestra, set or full costumes, they put on a compelling evening of theater. The entire cast was just amazing and the music was incredible. 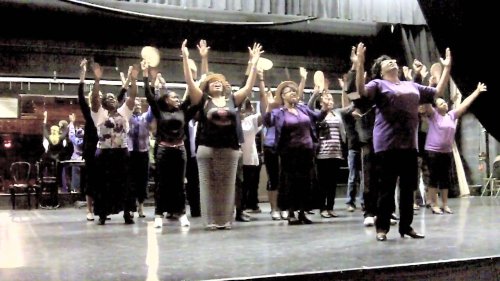 "Mysterious Ways" from "The Color Purple"

Our opening number is “Mysterious Ways,” which features the entire cast, but showcases Cheryl Plear as the church soloist, and Shefica Heyliger, Cindy Moss and Leisha Gibson as the greek chorus of church ladies. 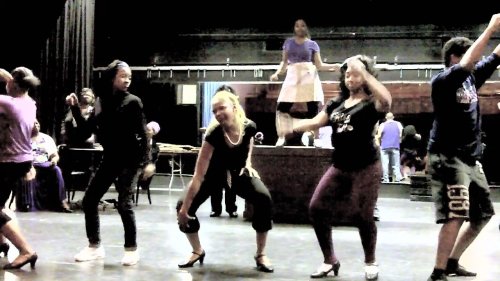 The second song from “The Color Purple” on this week’s RFC is “Push Da Button” featuring Nakeila Killing, who you may remember guesting with Rubber Soul in RFC 81. Nakeila plays the sultry “Shug Avery,” who comes to town to spice things up at a local juke joint. 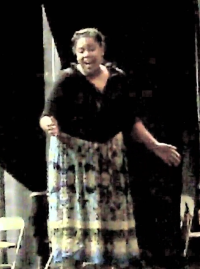 Under our end credits on this extra-long show, we go back to The Color Purple for the show-stopping number, “I’m Here,” featuring Janelle Williams, who stars as Celie. There’s a good chance that I will be reposting this song without the credits running over it, coupled with yet another song from the show that we didn’t have room to include in this week’s episode of RFC. Keep watching PopCult for that.

Amid all the theater in this week’s show, we also have a serious public service announcement about The Tom McGees and a very important benefit concert they’re playing this Friday. 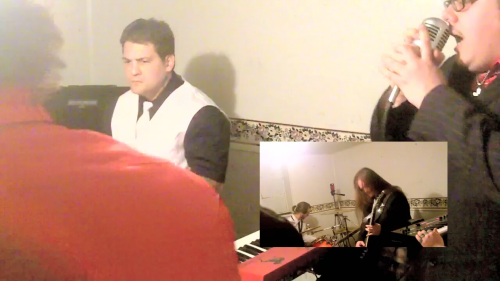 And since we’re in a Broadway mode with this episode of the show, we also check in with Godmode Broadway, who will be playing at Pat’s Bar in St. Albans with Miniature Giant on May 4. We bring you their song, “Arson Wells (The Misadventures of Ray Von Siskle),” which we recorded a few weeks ago at their rehearsal space, the same day we recorded “Surfboards and Broadswords,” which you saw on the show earlier. You will be seeing more Godmode Broadway on RFC in the future.

But for now we lurk back into production mode, so we can bring you next week’s look at the work of James “Liquid Canvas” Brown.