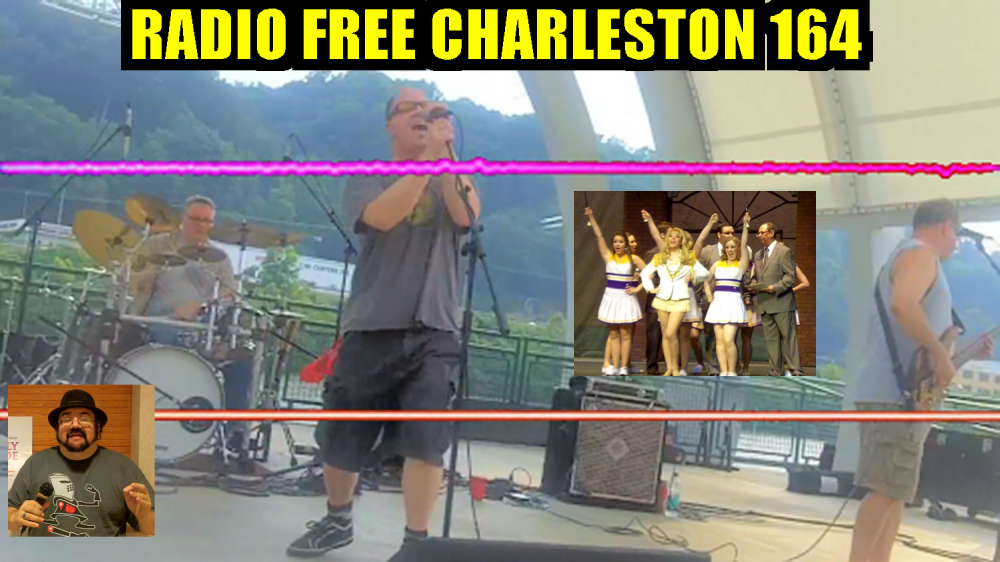 This week we travel back to July, 2012 for a show that featured music from Mother Nang, recorded at Haddad Riverfront Park, and two numbers from the Charleston Light Opera Guild production of Legally Blonde.  This episode was called “Fighting English Shirt,” named after my T-shirt, which was a mash-up of The Black Knight from Monty Python and the Holy Grail, and the logo for Notre Dame’s sportsball team. With this week we rejoin our chronological presentation of Radio Free Charleston.

Host segments were shot at the Charleston Civic Center, which just goes to show you what might happen if you leave your podium just sitting around.

The CLOG production of Legally Blonde starred Micah Atkinson as Elle Woods, along with a large talented cast that included Matthew Bryant, Allison Plants, Michael D. Gore, Cameron Vance, Toni Pilato, and Rudi Raynes-Kidder along with many others. The RFC cameras were allowed in for the first dress rehearsal, and we witnessed a show that is coming together quickly was a lot of fun. We brought you two numbers from Legally Blonde” in ths episode, “Serious” and “What You Want.”

This episode of the show also features the song “Buying The Farm” by Mother Nang, recorded in the summer of 2011 at Haddad Riverfront Park. Mother Nang is a legendary band on the Charleston Scene, and the various members are all still active, musically, whether together or apart.

We also have animation this week, but I’m still not allowed to talk about it.