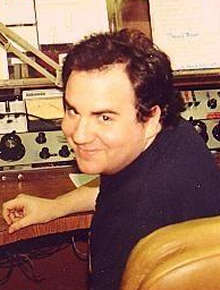 Your host, at the time of the original RFC broadcasts

This week Radio Free Charleston on New Appalachian Radio offers up an hour of great local and regional music, and then dives deep back into the archives to bring you an hour of reconstructed Radio Free Charleston as broadcast over the air on WVNS Radio in the spring of 1990. It gets a little crazy. You’ll hear your PopCulteer play drums while, in another song, RFC Big Shot (and ace drummer), Brian Young, sings and plays guitar.

I used parts of two shows so that new listeners of RFCv3 can get an idea of what the original Radio Free Charleston program was like. It was basically a free-format show with a heavy mix of alternative rock and local music, and it aired live at 2 AM late Saturday night/Sunday morning.

This week, our first hour playlist is as follows: 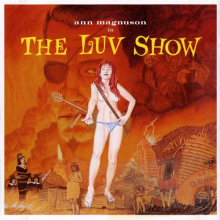 Ann Magnuson
“This Nothing Life”
Geronimo
“F.M.”
Red Audio
“Girl From Outer Space”
Super Heavy Duty
“On My Own”

In the second hour of the show this week, what I’m doing is editing together a couple of episodes of the old Radio Free Charleston program that was broadcast over the air on WVNS back in early 1990. I’m going to try to recreate the experience for you new listeners. Originally RFC went on the air at 2 AM. This did not prevent us from having live guests in the studio. Many times they were just coming off the stage and on more than one occasion they were particularly well-lubricated, if you know what I mean.

In the second hour you will hear the band. Strawfyssh, right before Sean Richardson joined. You’ll also hear the Swivels, who showed up unannounced in the studio and Three Bodies, who phoned a song in from a payphone in Key West. I’m also going to play you an assortment of the local music we featured on the show, along with period commercials produced by the RFC crew You will also get to hear some of the weird little comedy bits and RFC jingles which were performed by yours truly, RFC Big Shot Brian Young and our jingle singer at the time, Bridget Lancaster, of America’s Test Kitchen fame.

Three Bodies
“Broken Vase” (live over the phone)
Beckner, Price and Panucci
“Got Drunk, Got Married, Got Screwed”

Swivels in the studio

I hope some of my longtime listeners get a kick out of hearing this recreation of RFC circa 1990, because next week we’re going to bring you an hour of edited highlights of the 1989 Radio Free Charleston Christmas Special, with many of the same artists, and way more in-studio hijinks. 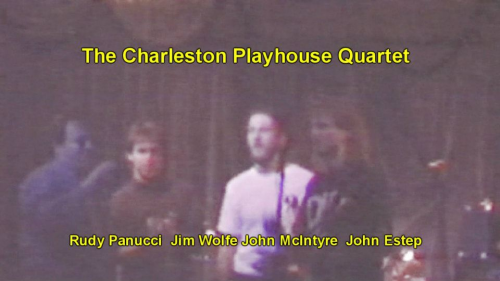