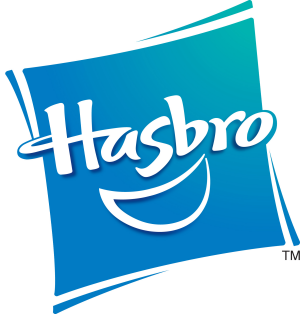 The first shocker of Toy Fair 2018 is the announcement that Hasbro is going to be the new producer of Power Rangers toys starting in the spring of 2019. Bandai had neen producing the toys for twenty-five years, since they debuted as “Mighty Morphin Power Rangers” in 1993, and the toy line has been a top-seller since. Bandai will retain the rights to the original source material, “Super Sentai,” in Japan and Asia.

The main reason for the switch is that Saban, the company that produces the Power Rangers, has included in this deal an option for Hasbro to eventually purchase the property, which would fit rather nicely alongside other Hasbro properties like Transformers, GI Joe and Micronauts.

This would be another chapter in the convoluted ownership of Power Rangers, which was based on an origianl Japanese show that is still owned by Toei Co. Ltd (the Godzilla people) and Bandai, the toy company. Haim Saban licensed the property and “created” Mighty Morphin Power Rangers, which he sold to the Fox Family Channel in 2002.  Fox Family was bought by Disney, giving them ownership of the Power Rangers until 2010, when they sold the property back to Saban for $43 Million dollars. 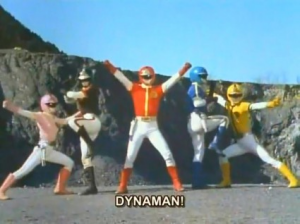 That’s complicated enough, so we won’t go into details about the “Dynaman” show, which also used footage from Super Sentai, dubbed into English with raunchy parody dialogue by future members of Kids In The Hall. This version aired on Night Flight, five years before Saban introduced used the same series as a kid’s show.

Anyway, late Thursday Bandai and Saban announced that they would be parting ways following this, the twenty-fifth anniversary year of the property. The press release was a little like mom and dad trying to explain that they were getting a divorce. We had a few hours of wild speculation until Hasbro stepped up and admiited that they were the homewreckers Friday morning. 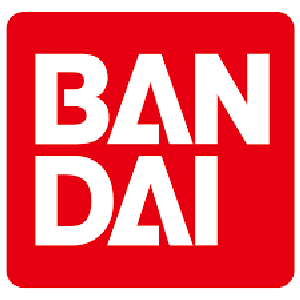 Hasbro has been named the global master toy licensee for Saban’s Power Rangers. Under the terms of the agreement and in collaboration with Saban Brands, Hasbro will design, produce and bring to market a wide variety of toys, games and role play items inspired by the franchise and its entertainment properties. Hasbro will hold the worldwide rights, excluding Japan and certain other Asian markets, effective as of April 1, 2019. Bandai will retain the rights to their home markets, where they co-created the source material.

According to the joint press release, “The first set of products from Hasbro will be available in spring 2019. Both Hasbro and Saban Brands are dedicated to continue growing this iconic brand. In recognition of this investment, during a period of time after Hasbro becomes the master toy licensee, the arrangement between the parties provides Saban Brands and Hasbro with the opportunity to initiate Hasbro’s purchase of the Power Rangers property.”

That last part explains everything. Hasbro wants to buy the brand, and you can’t blame them. With Star Wars toys in a major slump and Marvel at risk of oversaturating the market, Hasbro needs to hedge their bets.

Hasbro had a major victory a week ago when it became known that they surpassed Mattel as the number one toy company in the US in 2017. It was the first time since 1993 that they’ve held that crown.  However, the victory was tainted somewhat when it was announced Friday, right after Hasbro’s announcement of acquiring the Power Rangers, that the top-selling action figure line last year was Mattel’s WWE Figures, which outsold Power Rangers, Star Wars, Teenage Mutant Ninja Turtles and all the superhero movie toy lines. Hasbro has been king of the mountain in the world of action figures since they invented the term in 1964, so that had to hurt.

Look for Hasbro to put all their muscle behind Power Rangers, and also look for them to try to integrate the property into their shared cinematic universe, if they don’t abandon that idea before it gets off the ground. Check out the new logo below.