More From Where The Toys Are

Last week we took you on a photographic trip through the cool Canonsburg PA antique toy store, Where The Toys Are. This week, as promised, we’re going to bring you even more loverly toy-like eye candy from up North.

You can visit the Where The Toys Are website, but nothing beats going there in person. It’s almost like going to a pop culture museum, only nearly everything is for sale.

After the photo essay we’ll run down the weekend’s live events, including many Radio Free Charleston favorites playing and performing live in the Kanawha Valley. Dig this...it's a KLIBAN CAT BANK! Most of you probably have no idea how cool this is. Google it, folks. The walls are lined with cases full of randomly cool items. Here's a shelf full of Super 8 films and Freakies. Bozo and Pluto re-enact a scene from Alfred Hitchcock's "The Birds." Marvel at the awesomeness!

They had the Holy Grail, but this Batmobile was just SO MUCH COOLER! A small selection of their Beatles goodies. More Beatles for sale. That hardcover book in the middle? They don't have it anymore.

A cowboy mannequin, to fill Scott Elkins with TOY LUST!

On high shelf, a lone toy robot hands out with dollhouse furniture and Western gear. 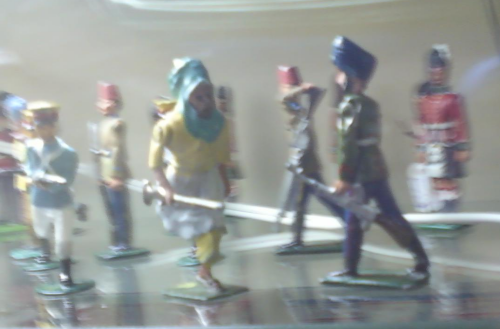 More of those cool Britains figures. 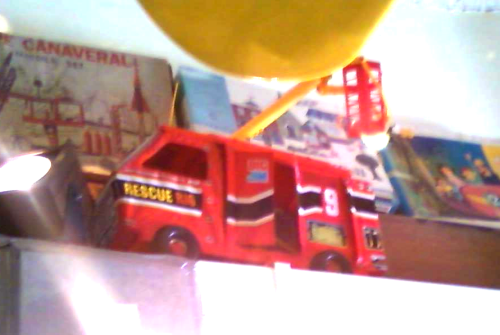 Hiding on another high shelf, the Big Jim Rescue Rig, another item to fill Mark Wolfe with TOY LUST! 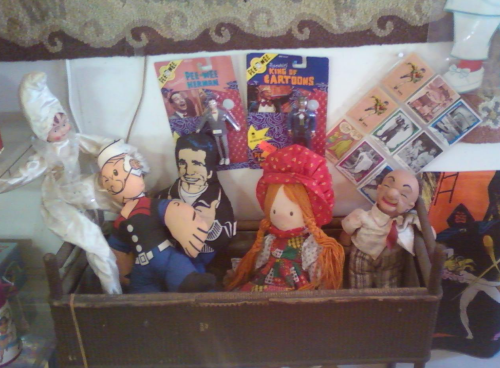 A bin of plush, with Fonzie, Mr. Magoo, Holly Hobby and, to fill Lee Harrah with TOY LUST, Popeye the Sailor Man! 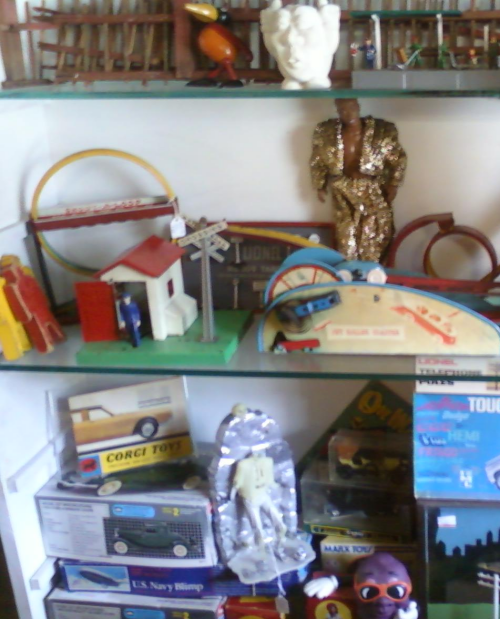 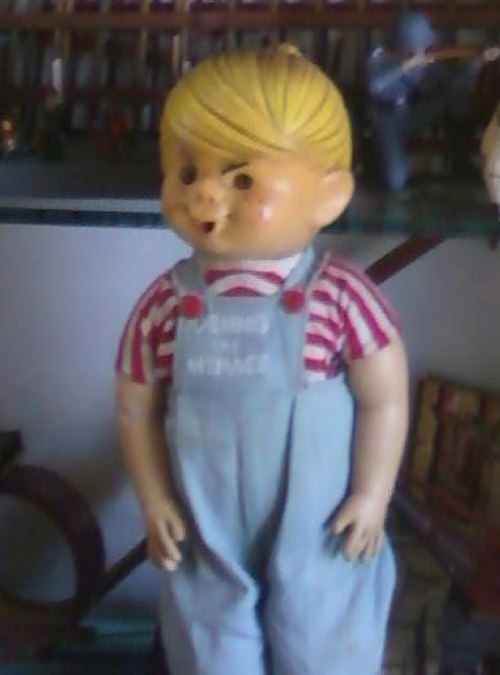 That is ONE MEAN LOOKING Dennis The Menace! 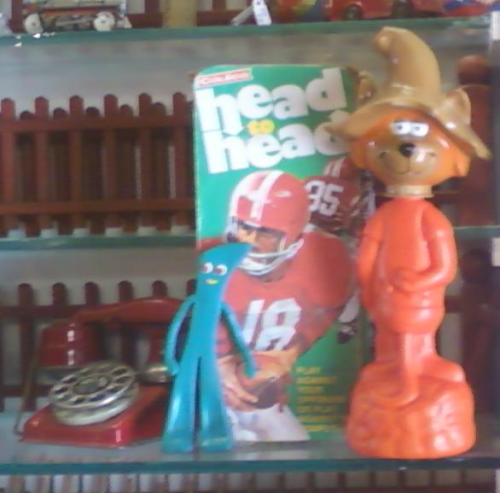 A classic Gumby to fill Terri Coop with TOY LUST and what appears to be a Catanooga Cats Soakie, to fill Melanie Larch with TOY LUST! 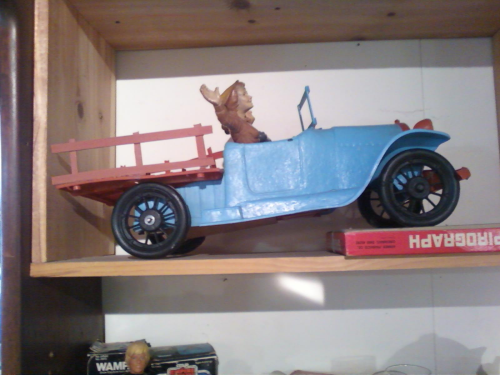 With a wave from the Hillbilly Jalopy, we bid farewell to Where The Toys Are.

There’s lots of cool stuff going on this weekend, and here’s the rundown!

Saturday night The No Pants Players return to The Alban Theater in St. Albans. Six bucks gets you in the door for an evening of family-friendly improv comedy. The NPP were guests on the vcry first episode of Radio Free Charleston, and will be on again soon in the future.

Taylor Books plays host to two RFC faves this weekend.  The shows are always cover-free at Taylors.  They’ll start at 7:30 PM, and the RFC cameras will likely be on hand both nights.  Friday it’s the legendary Todd Burge, and Saturday it’s the return of Captain Crash and The Beauty Queen.

Friday night, Raymond Wallace is on the bill for a night of blues along with Soul Mountain and Deadbeats and Barkers at The Empty Glass.  The show starts at 10 PM, and the cover is seven bucks.

Friday at The Blue Parrot, Mother Nang, fresh off our April Fool’s show, takes the stage with there incredible blend of alterna-bombast. The cover is a mere five bucks.

Rubber Soul will be performing the Beatles’ White Album LIVE, this Saturday at 8PM at the Renaissance Arts Center in Huntington, WV. This will be the second time Rubber Soul has performed this album in its entirety, and all proceeds will go to benefit St. (Hey) Judes!!! Tickets are $10.

Sunday night at The Empty Glass a roster of RFC faves like Spurgie Hankins and Diablo Blues Band will be joined by Bloodshot records Recording artist Lydia Loveless. This a benefit for the Applied Behavior Learning Center in Charleston, which is a resource helping parents with autistic children. Seven dollars gets you in the door.

Also Sunday, at the Kanawha Players Theater, it’s the second local installment of Dr. Sketchy! You can find full details in this week’s Monday Morning Art.

That’s it for this week’s PopCulteer.  Remember to watch RFC 126, and come back next week for more PopCulty goodness.