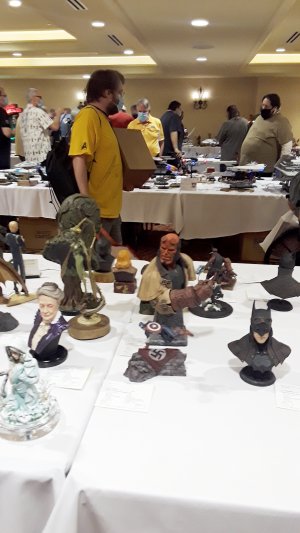 …and maybe a couple of villains. We are back at it with the entries in the model contest at last weekend’s WonderFest.

In this photo essay we’re going to look at the figural models of Superheroes, with a few movie and videogame heroes and maybe a villain or two thrown in for good measure. There were many more models than what I’m showing you here, but as I mention, camera woes and wonky hands rendered many of the pictures unusable.

Apologies again for the blurriness of some of the pictures. Think of it as my way of raising awareness during Myasthenia Gravis month.

Some of these are simply made using commercially-available kits, while others are scratch-built and a few seem to be 3D-printed, scale up versions of classic model kits. Not being sure of which is which, I will keep my mouth shut about that. They all looked stunning.

Batman and his extended family and rogue’s gallery were very well-represented, but there was plenty of diversity among the ranks of the heroes. We even have some cute heroes wrapping up this batch of photos.

As with yesterday’s photo essay, captions may be sparse. Scroll down and enjoy! 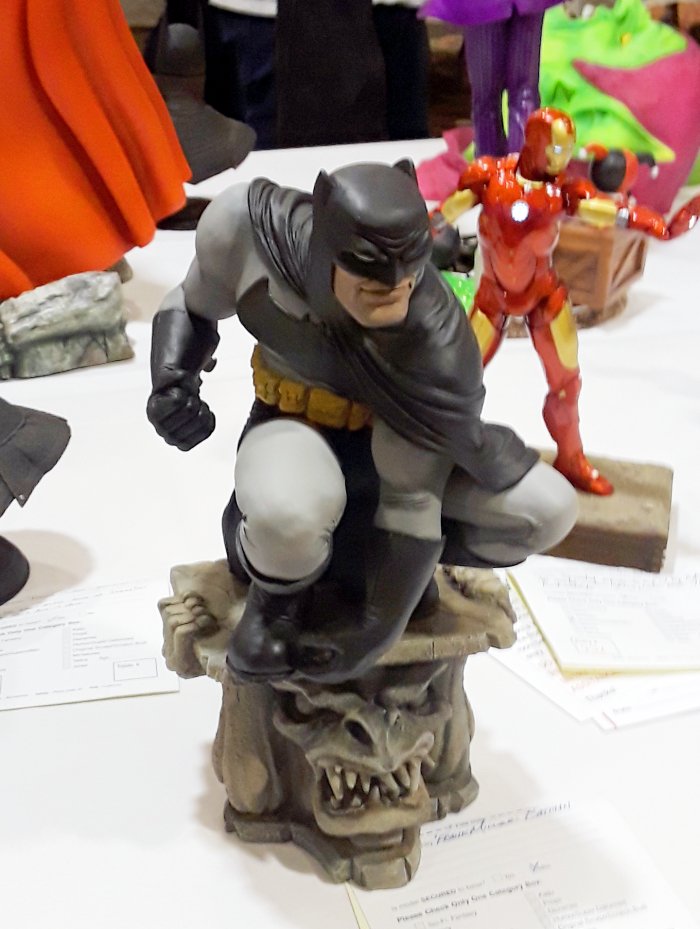 You would’ve gotten used to seeing this guy. Batman, that is. Not so much the rich guy in the background. 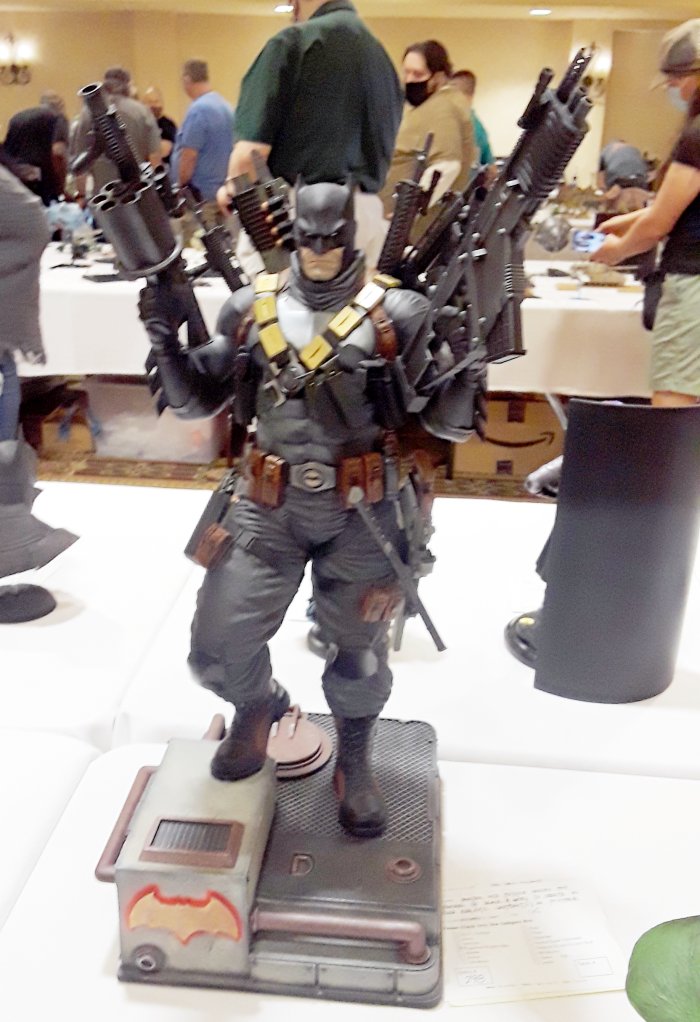 A spectacular model by someone who didn’t get the memo about Batman never touching a gun. 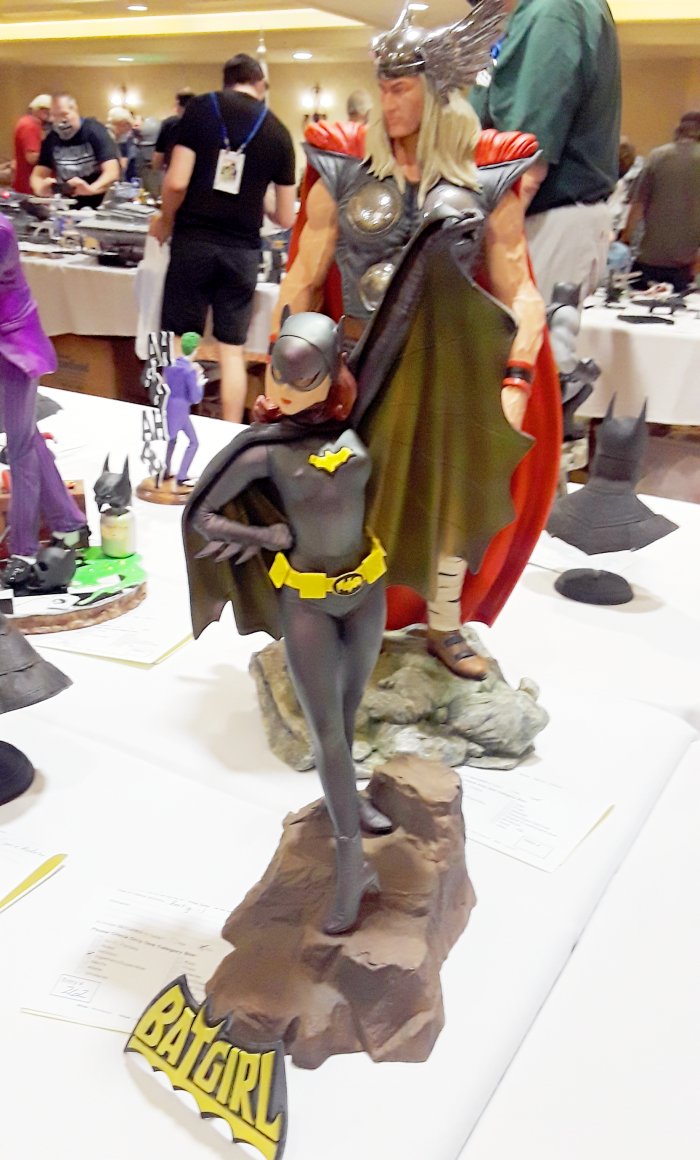 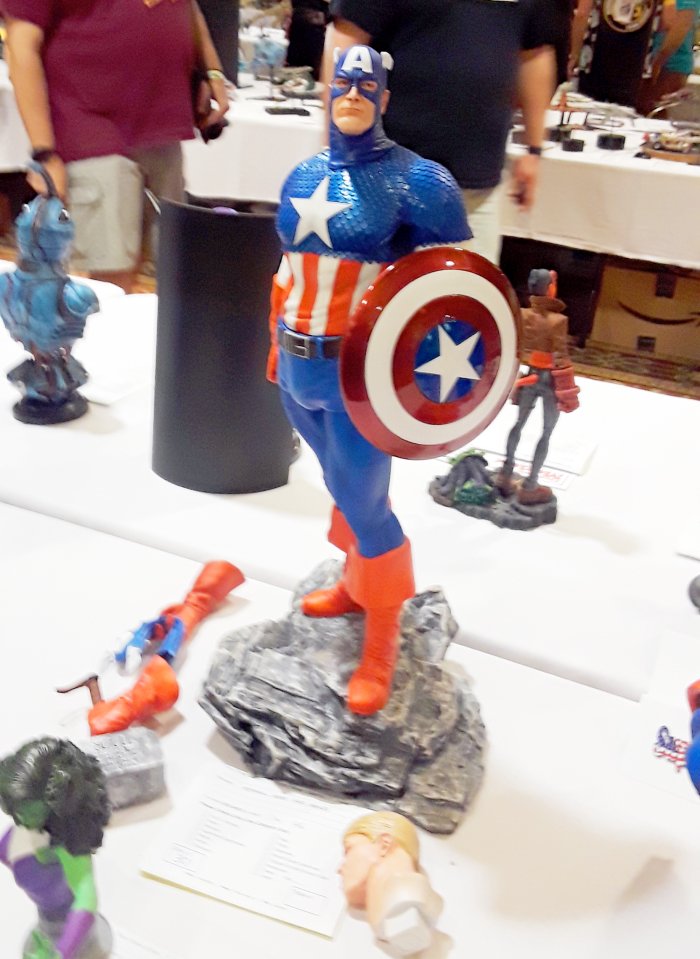 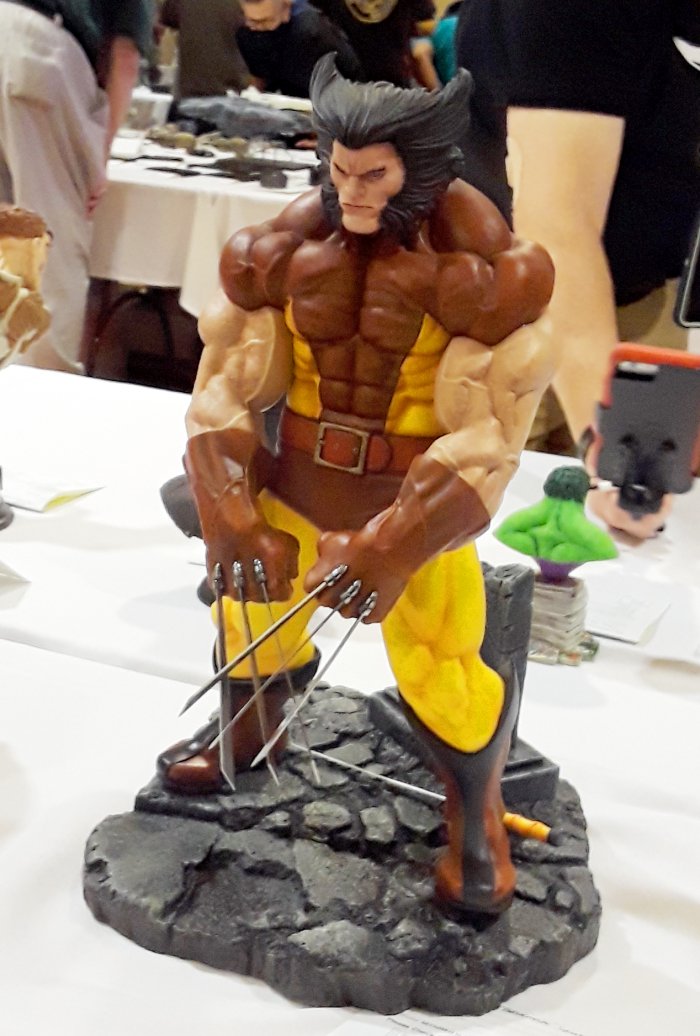 Wolverine, back when he was hanging out with Jose Canseco. 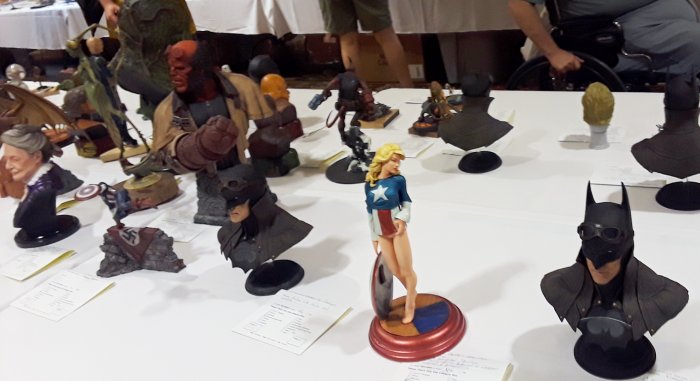 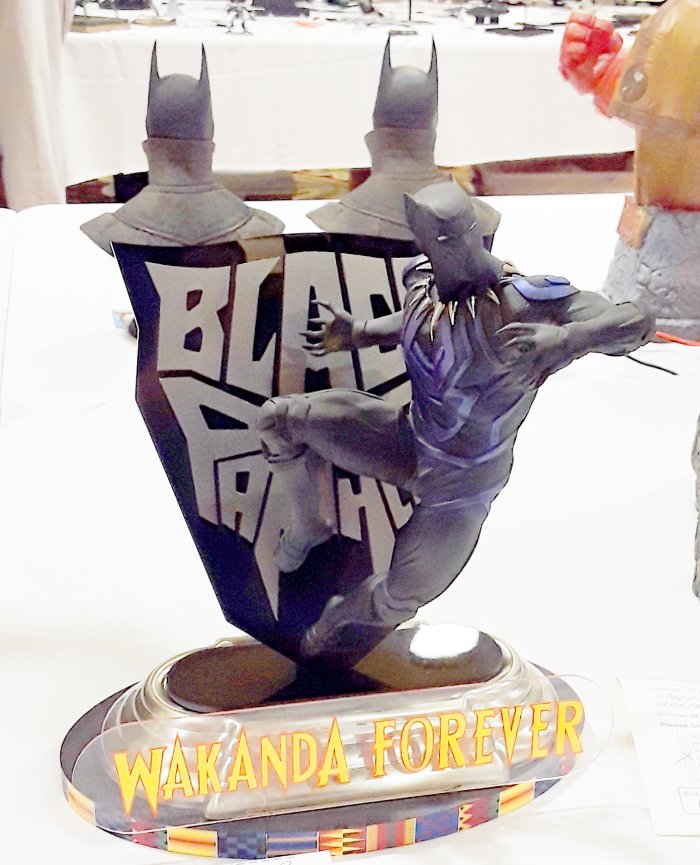 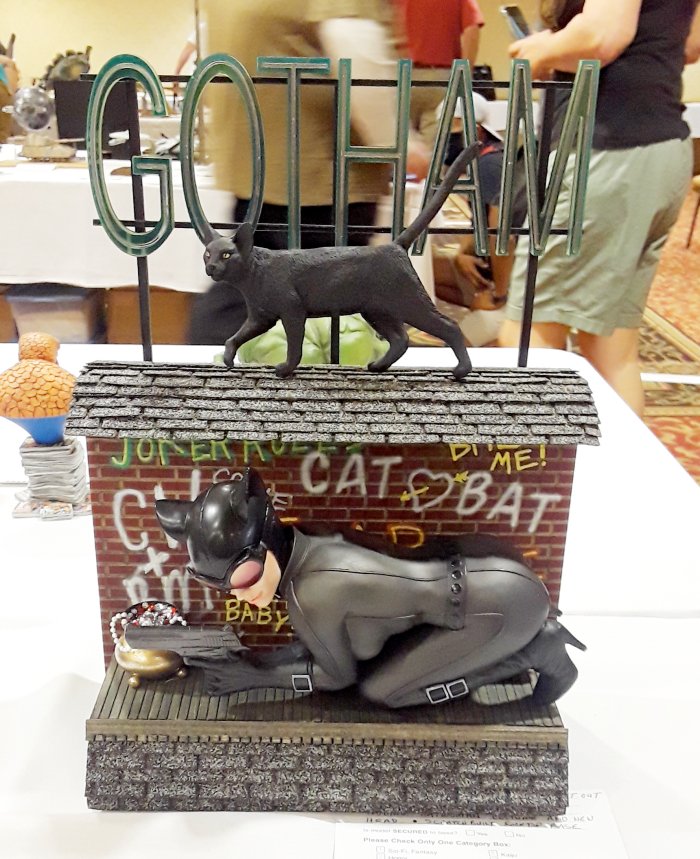 Catwoman almost made it into the “Cheesecake models” photo essay. 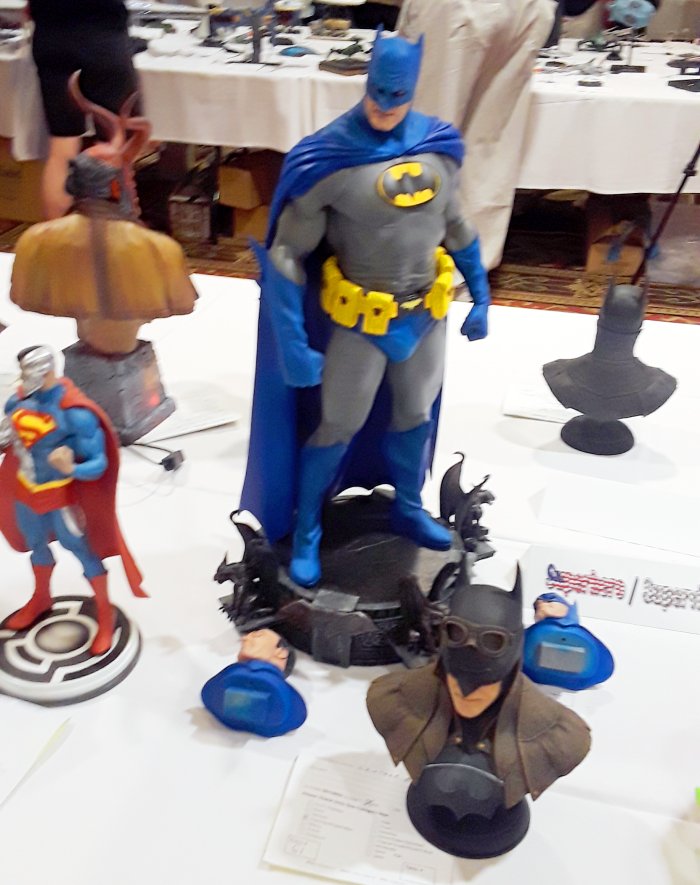 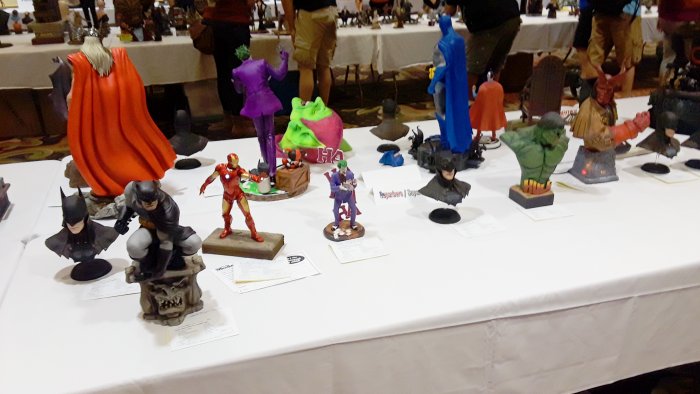 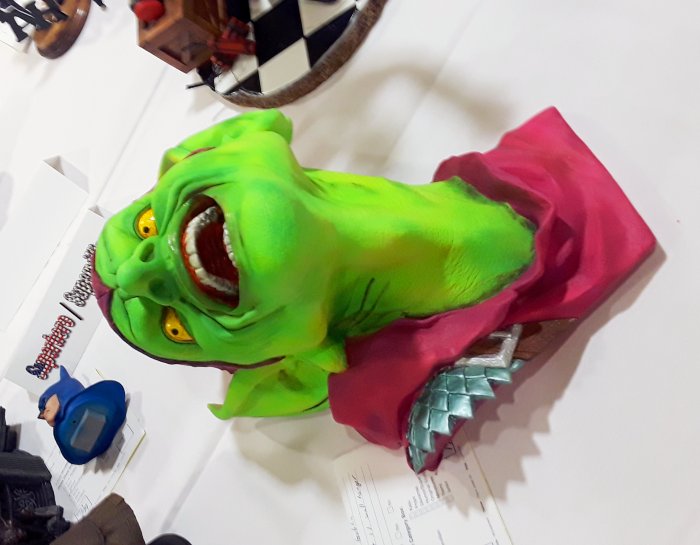 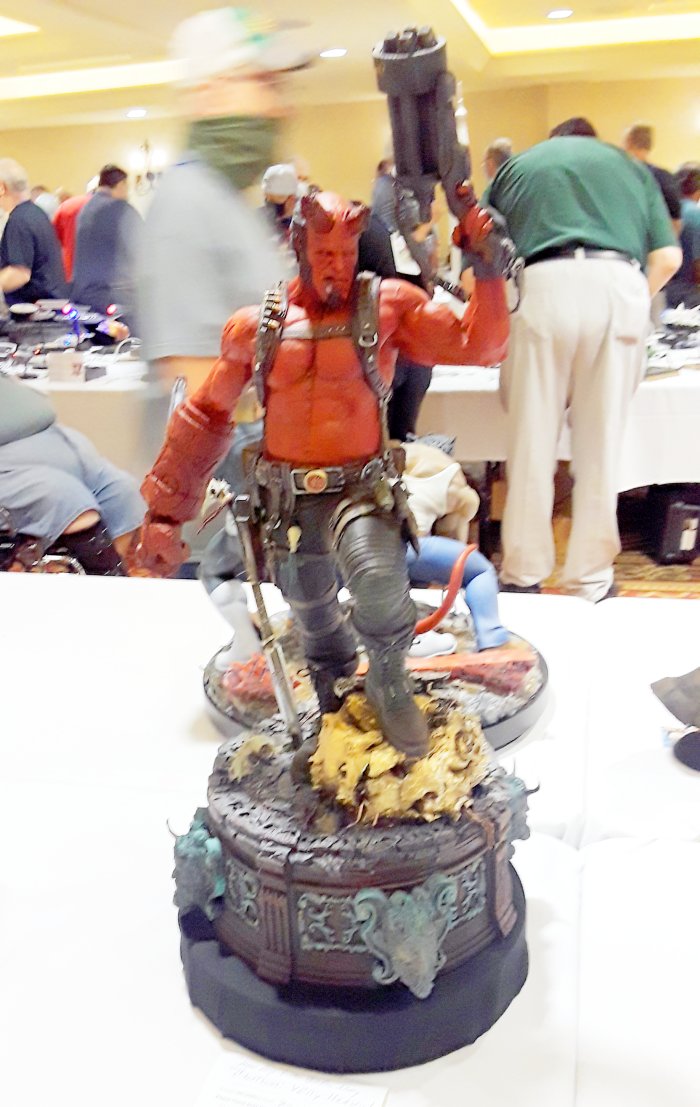 The Hellboy, you say! 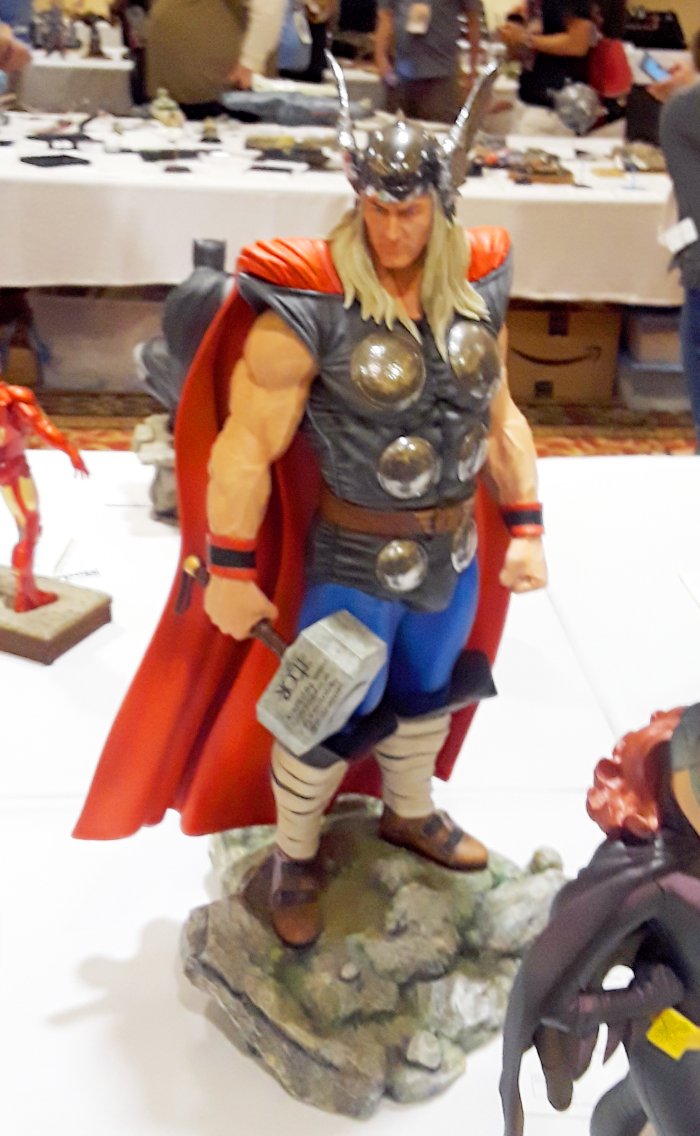 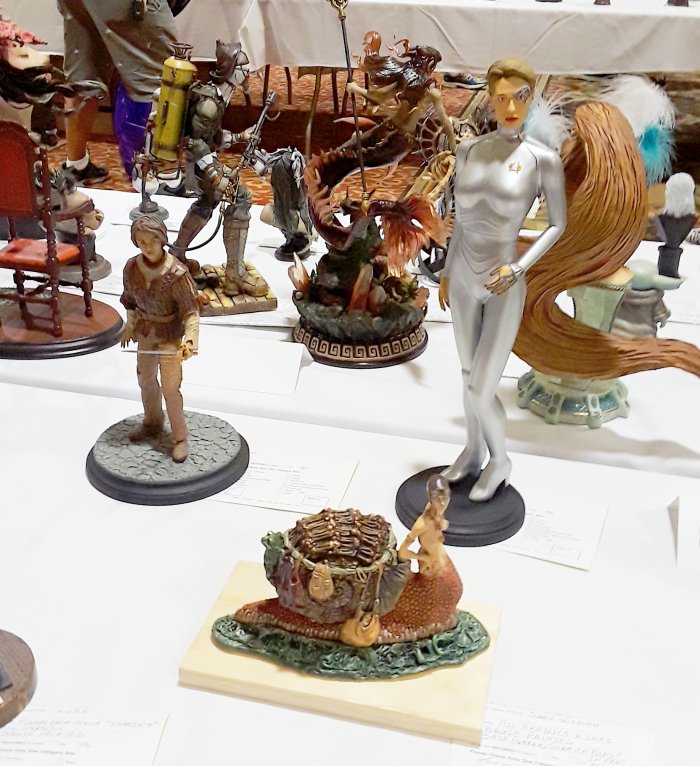 Seven of Nine was in with the fantasy figures, but I felt she deserved to be included as a hero. 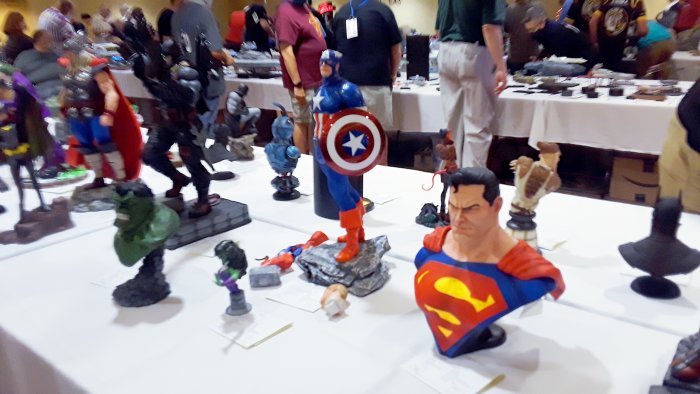 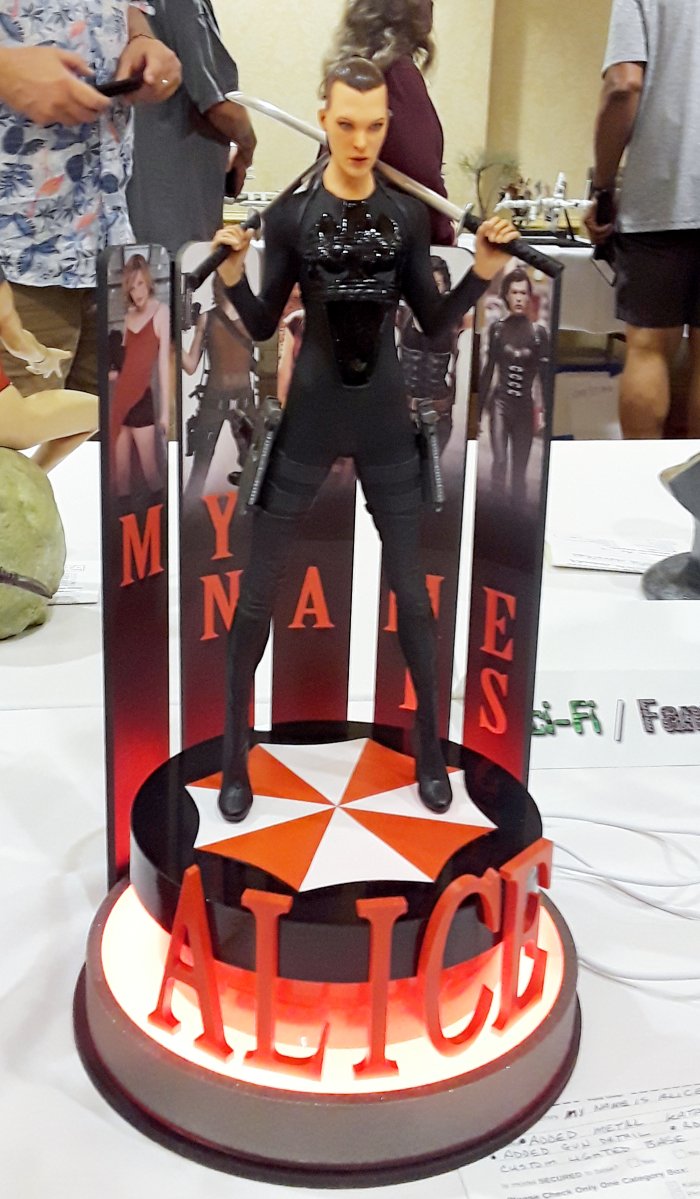 I think this character is a hero, or hero-ish. 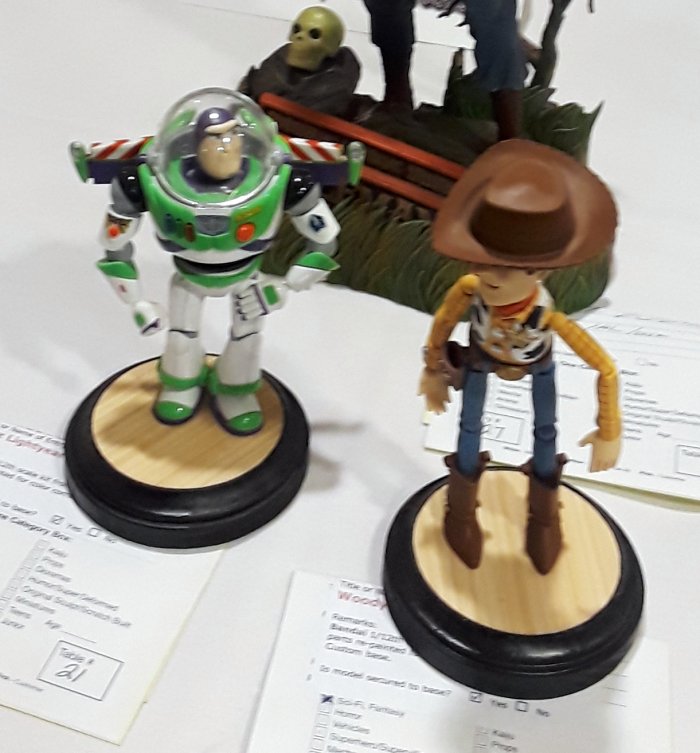 These guys seemed out of place amid the monster models. 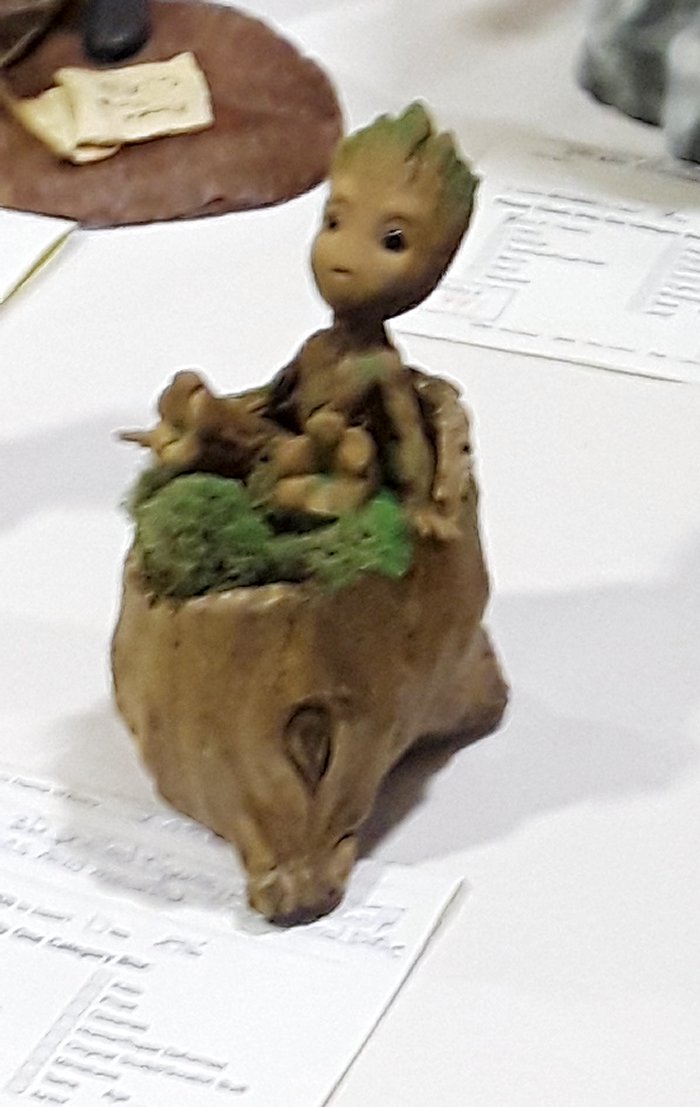 Rumor has it that Baby Groot has become bitter of the success of Baby Yoda, and has been drinking the wood alcohol. 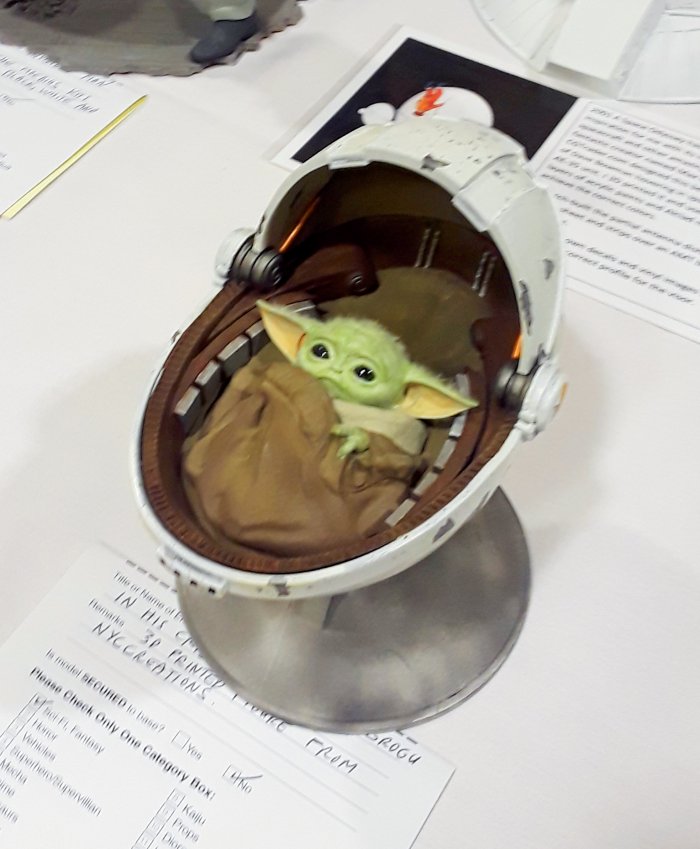 Our last photo today, because everybody runs photos of The Child.

That is our quick look at the Hero Models at WonderFest. Check back later for part one of our look at The Monsters!