GLDN, The Dollyrots, Red Audio and More on RFC. Fletcher Henderson on The Swing Shift.

It’s Tuesday on The AIR  so try to contain yourselves! We have new stuff on the internet radio. Today we bring you new episodes of Radio Free Charleston and The Swing Shift. That’s two mostly-new programs totalling four hours of particularly neat-o keen internet radio!  You simply have to point your cursor over and tune in at the website, or you could just stay on this page, and  listen to the cool embedded player over at the top of the right column.

The first hour of RFC is jam-packed with new music, much of it local, from the likes of GLDN (a new band that includes Greg McGowen of Time And Distance fame), The Dollyrots, The Renfields, Shelem, Lost Decades, Lindsay Buckingham, Hawkwind Light Orchestra and more. Then our second and third hours present a two-hour mixtape of pure, freeform radio, running the gamut from Cherry Poppin’ Daddies to Hollywood Vampires to Yoko Ono to the Aristocrats, with many a bizarre stop in between.

You can hear this episode of Radio Free Charleston Tuesday at 10 AM and 10 PM on The AIR, with replaysWednesday at 9 AM,  Thursday at 3 PM, Friday at 9 AM, Saturday at Noon and Midnight,  and  Monday at 11 AM, exclusively on The AIR. Now you can also hear a different encore episode of RFC every weekday at 5 PM, and we bring you a marathon all night long Saturday night/Sunday morning.

After RFC, stick around for encores of MIRRORBALL at 1 PM, and NOISE BRIGADEat 2 PM. 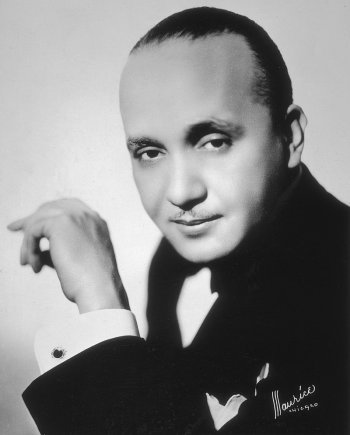 At 3 PM we have a brand-new episode of The Swing Shift. This week we bring you another Swing History show. Our focus this time is the man who should be a household name, Fletcher Henderson. He led a critically acclaimed big band at the dawn of the Big Band Swing era, but after dealing with financial setbacks and a lack of management acumen, he joined the Benny Goodman Orchestra, as a staff arranger, after having sold many of his hit arrangements to Goodman for years. His distinctive sound was a key part of Goodman’s success.

This week’s Swing Shift brings you Fletcher Henderson’s band, from their peak years, 1931 to 1937.

You can hear The Swing Shift Tuesdays at 3 PM, with replays Wednesday at 7 AM, Friday at 8 PM and Saturday afternoon only on The AIR. You can also hear all-night marathons, seven hours each, starting at Midnight Thursday and Sunday evenings.