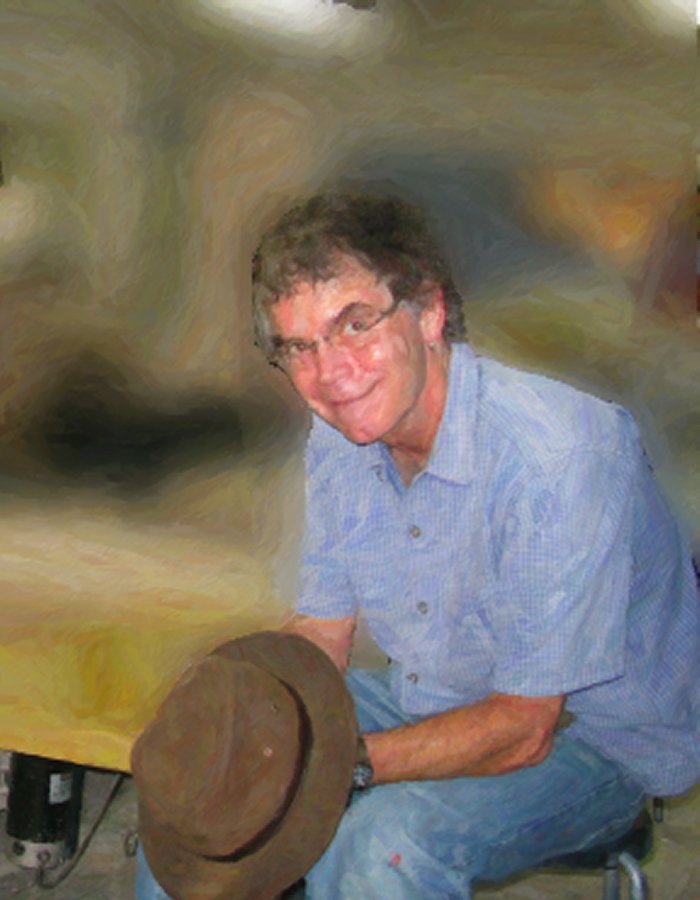 Charly Jupiter Hamilton passed away after a long illness, and Charleston’s art scene is in mourning for a man who was a talented and brilliant artist, but also a wonderful, supportive and loving human being.

I first met Charly in 1989.  He was standing in the engine compartment of an old Volvo right outside the front door of The Charleston Playhouse. I asked if he needed any help, and he asked if I knew anything about Volvos.

We became friends and hung out at the Playhouse, and on four or six occasions, we collaborated on tablecloth doodles at the fabled Charleston music and arts venue. They had paper tablecloths at the Playhouse, and they put crayons on each table to encourage creativity. At the time I was doing psychedelic abstract doodles, and Charly had already developed his trademark style of technicolor cosmic tribal art that eventually gained him an international following.

A few times we were at the same table, doodling away while a band played, and my solar flares and space flowers would intermingle with his wild animals and polka dot people. I didn’t keep any of these pieces, and I don’t believe Charly did either. I was later told that the waitstaff would fight over who got to take them home.

After the Charleston Playhouse closed, I withdrew from the local scene for a prolonged period while I was taking care of my ailing parents, but I followed Charly’s career, and it was just so cool to see how successful he’d become. Couldn’t happen to a nicer guy, seriously.

When I started writing PopCult and got back into the arts scene following the death of my parents, I’d run into Charly and we’d chat for a few minutes and catch up.  He was still the nice, unassuming, quiet and supportive guy I’d known back in the day. I wish I’d had more of those brief visits with him.

I’m not alone in that wish. Charly touched the lives of thousands of people, in person and with his art, and it’s through his art that Charly will live on.

I’m really gonna miss Charly. I wish I could do more than write this brief post and do a quick digital painting, but this one really hits hard.