Rubber Soul Saturday On The AIR! 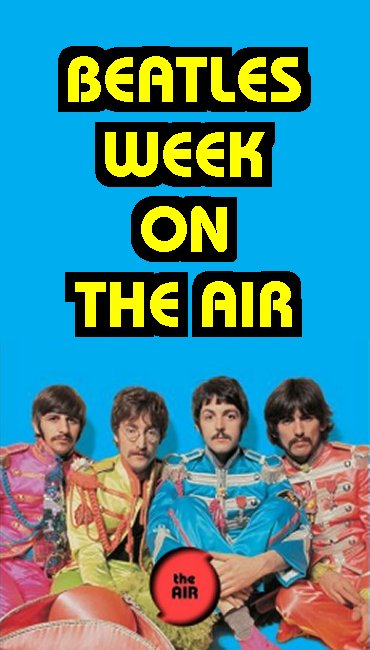 If you enjoyed Beatles Week, we have a very special treat for you tonight on The AIR. You can listen at the website, or on this embeded radio player…

If you’ve been reading PopCult for the last few weeks you know that Friday, February 2, Charleston’s Beatles tribute band, Rubber Soul, held court at the Capitol Theater for a marathon 14-hour concert of almost every song the Beatles recorded during their career. I was honored to be in attendance for the entire show, and I was also sneaky enough to set up a microphone in the back of the hall to record all of it.

Saturday at 9 PM you can tune in to The AIR for the debut of a special “Bootleg” edition of Live and Local as we bring you Rubber Soul and Friends performing all of the songs from the Sgt. Pepper’s Lonely Hearts Club Band and Abbey Road albums. For these tunes, the band is aided and abetted by Curtis Chittendon, Phil Washington, Mel Larch, Kevin Mullins Ryan Hardiman, Bob Thompson, Tanya Dillon-Page, Ryan Kennedy, Ted Rose and The Kanawha Kordsmen.

Rubber Soul is Mark Scarpelli, Greg Hunt, Michelle Toliver, Garret Maner, Bryan Flowers and Brian Holistine. They were also joined by an orchestra which was too large for me to get all their names correct as I write this. You will also hear the song intros by Mark Parsons-Justice and Larry Groce.

We will replay this special edition of Live and Local Sunday at 9 AM and 7 PM and Monday at 10 PM, with more airings as I get around to making the rest of the schedule for The AIR.

In the coming days, as I have more time to work on preparing the shows for The AIR, we will bring you many more performances from the Marathon Concert. If you couldn’t make it there in person, you can still capture some of the excitement, albiet with a bootleg-quality recording.

Next Saturday Live and Local will bring you the songs from The White Album that Rubber Soul and friends performed at the Marathon. Before tonight’s broadcast, you can also listen to last week’s special Beatles programs, which we are replaying until 7 PM. You can expect a healthy dose of other recordings from the marathon show next week on Radio Free Charleston and Beatles Blast. Check back with PopCult for details of the air times and replay schedules.