One last look at WonderFest 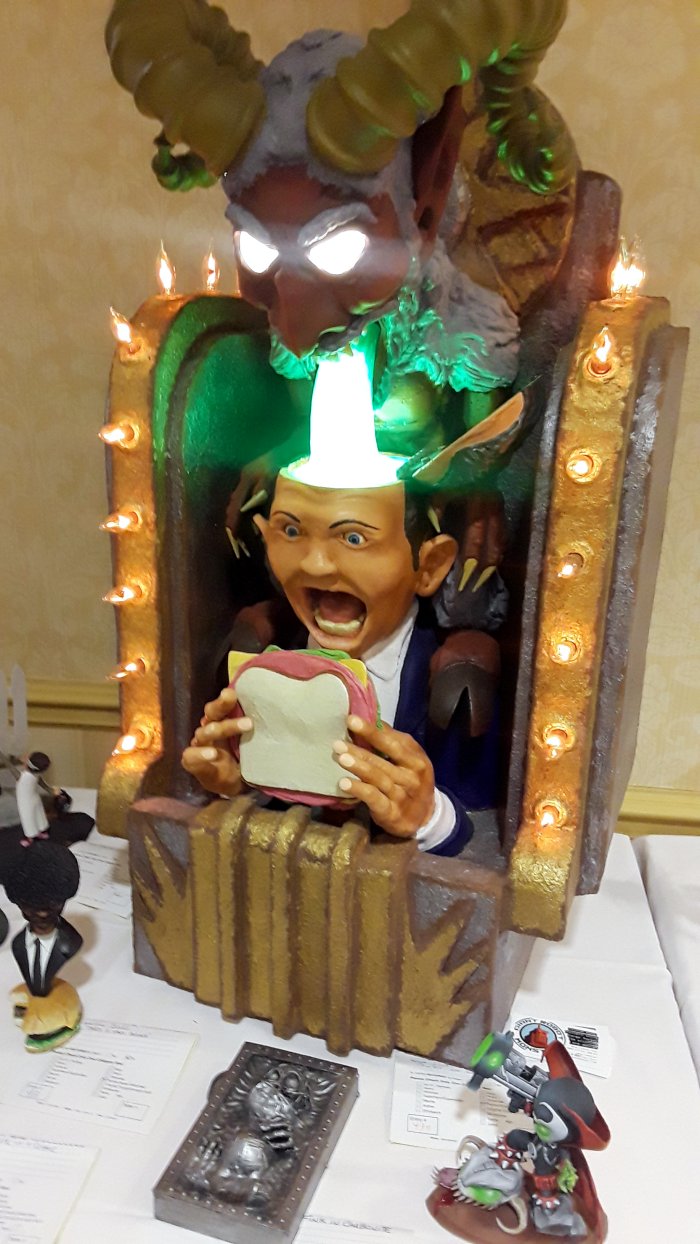 Your PopCulteer is in Wheeling, basking in the joys of the Marx Toy Convention, but you lucky people get to go back a couple of weeks to WonderFest 2021, which happened in Louisville.

I’ve already brought you photo essays of WonderFest in general, plus pictures of the model vehicles, heroes and monsters. Plus we had a cool, unplanned video.

Today we’re going to look at the remainder of my meager selection of not-too-blurry photos. If you read the earlier posts you know that I had camera and hand mishaps, and more than half the photos I took were unusable. 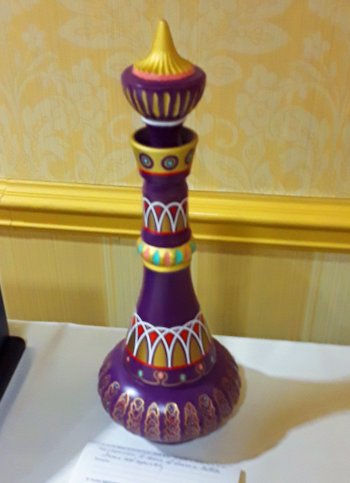 Still, you will get a glimpse of some of the cool dioramas and props, and we’ll bring you some of the cheesecake models, including a Vampirella section and a few other examples of the sexy female form, captured in plastic and paint.

Captions will be at a minimum, so if you see a photo with no caption, and don’t know what the hell it is, chances are I don’t know either. Like that big cool thing above right. I think it’s a demon vomiting into the brain of a guy eating a sandwich, but it’s probably from a movie or TV show or something. 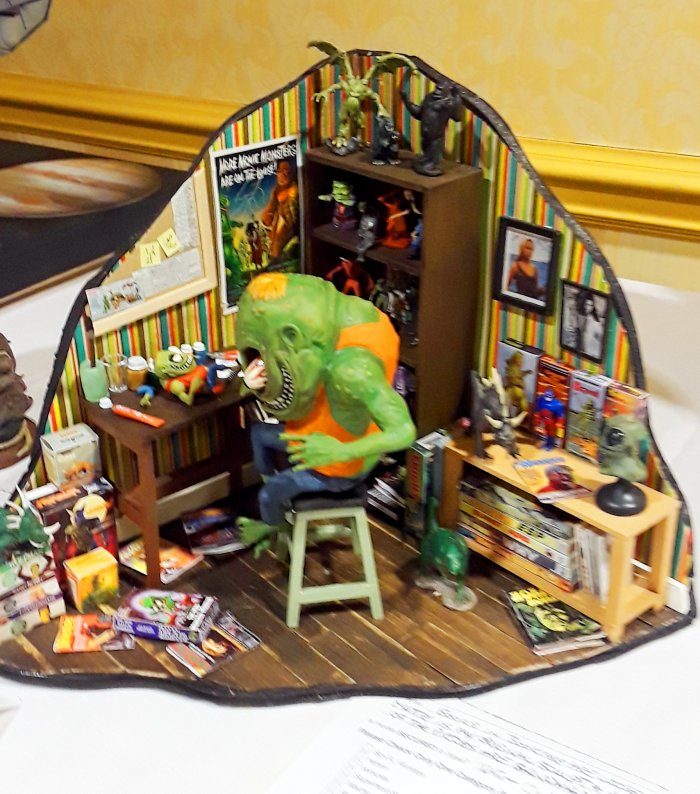 Possibly my favorite thing in the model contest room was this monster building a model of himself to add to his collection of cool monsters. 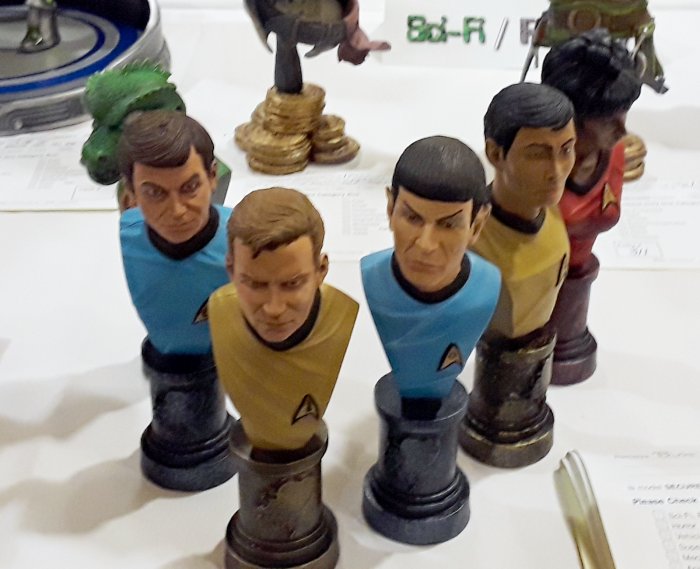 Trek busts. They looked like part of a cool giant chess set. 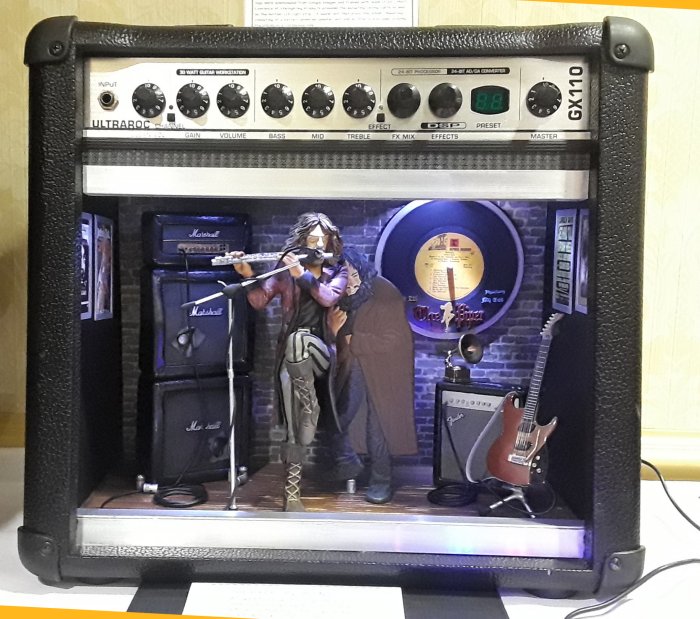 What better use for a small blown amp than to house a Jethro Tull diorama? 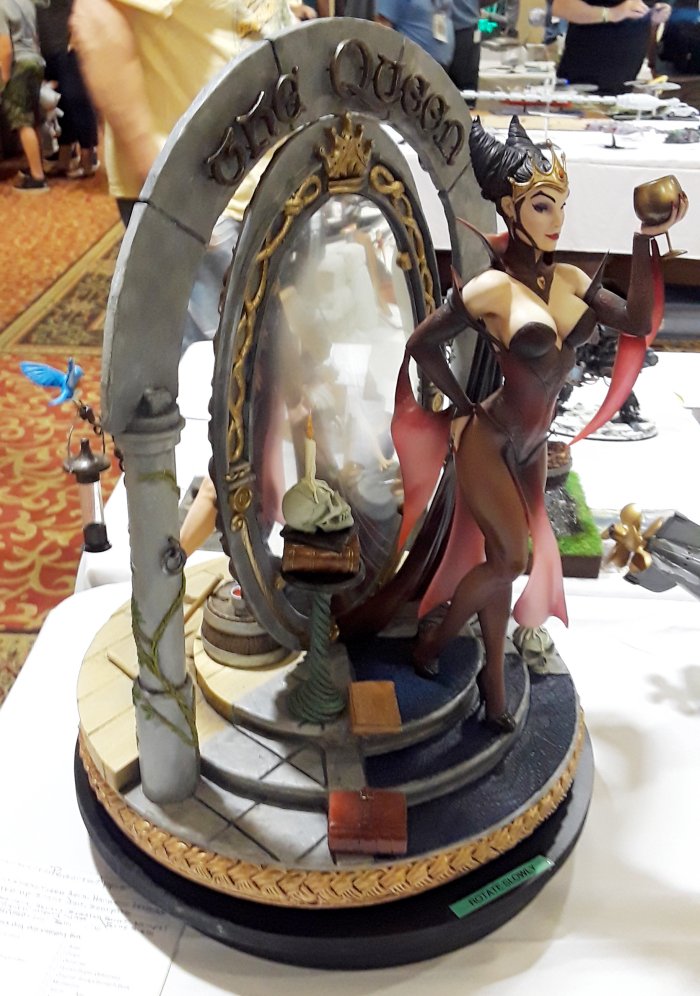 This is one side of a fantastic two-sided diorama of Snow White and the Evil Queen. 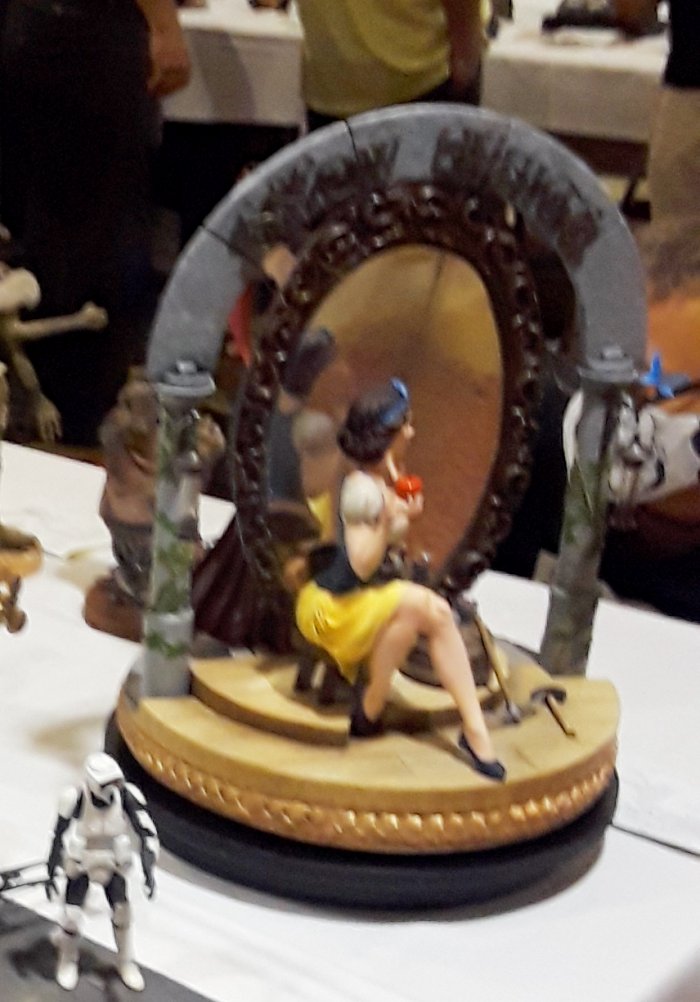 Sadly, I did not get a decent photo of the other side. 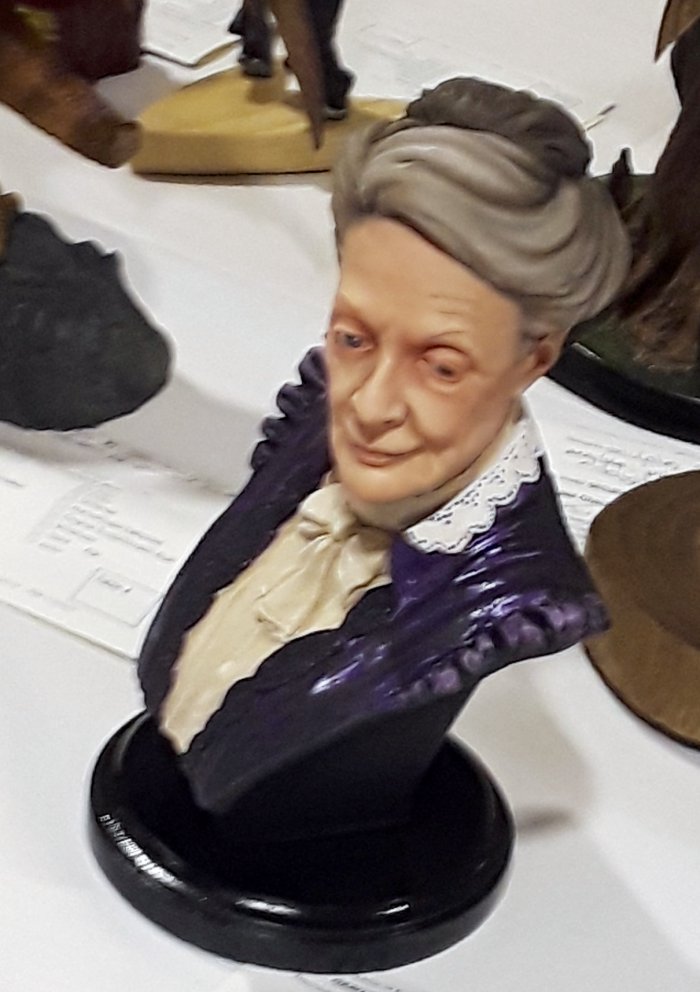 A big segment of the model-building hobby consists of model kits of lovely young women. Here’s an assortment, starting off with a trio of Vampirellas.  She was, by far, the most-modeled character at the show, edging out Batman and The Creature From The Black Lagoon. 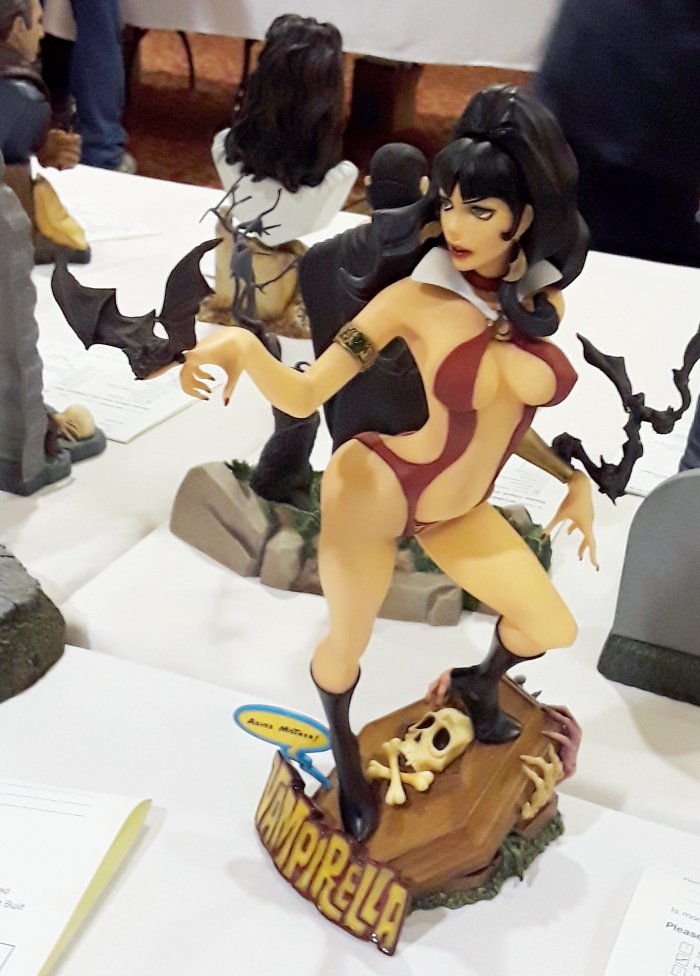 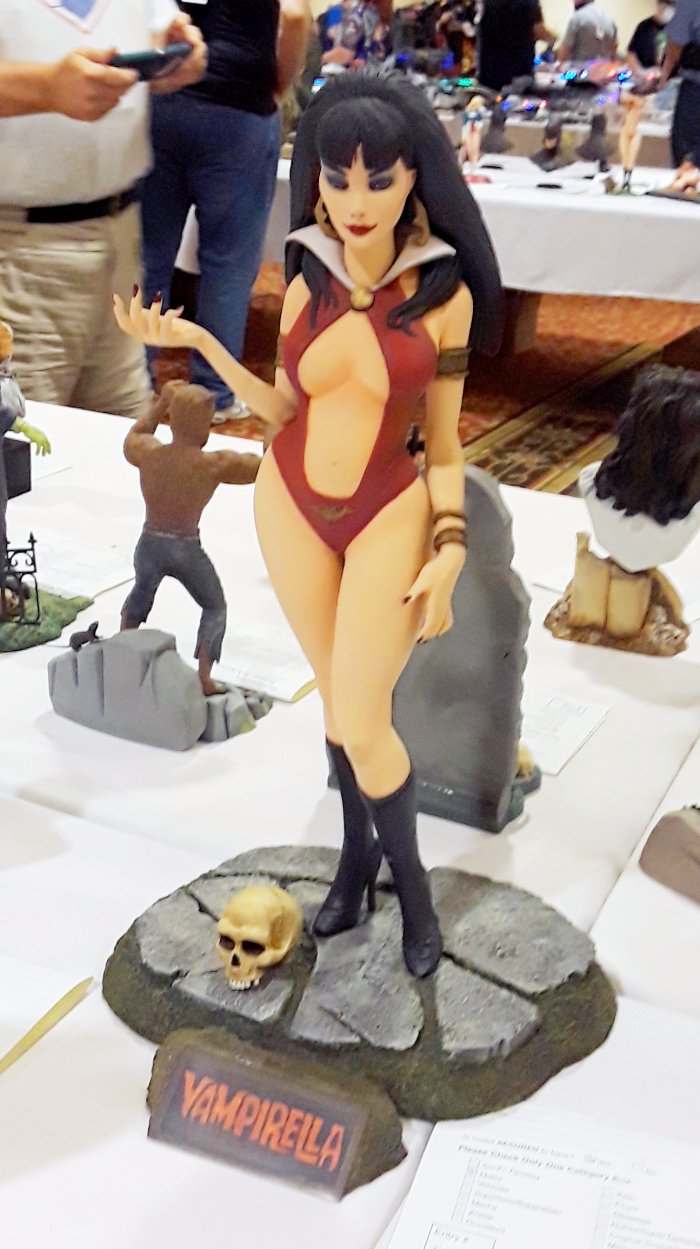 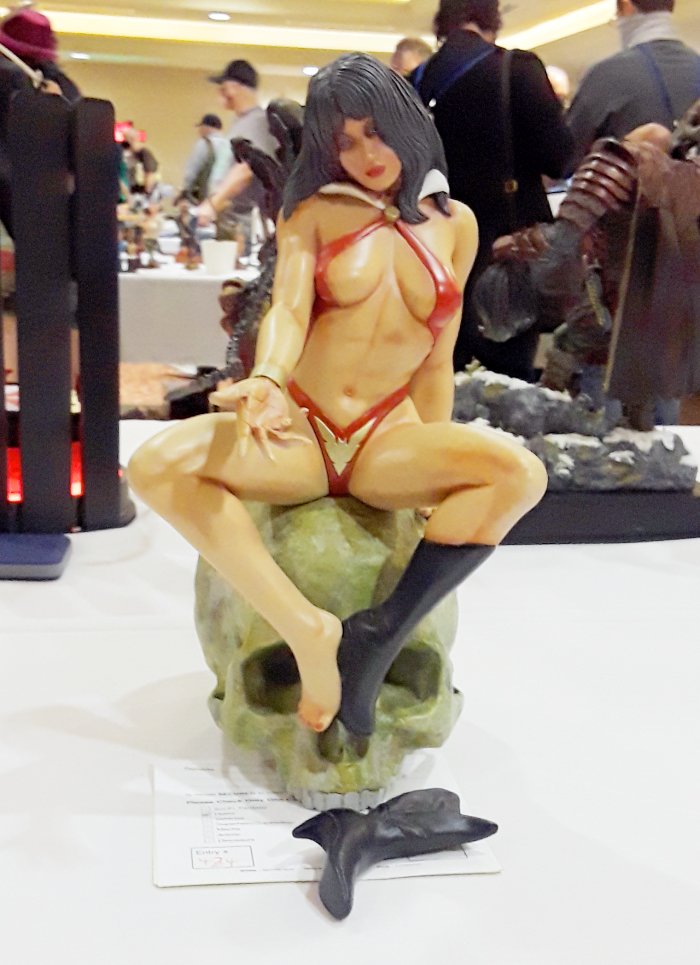 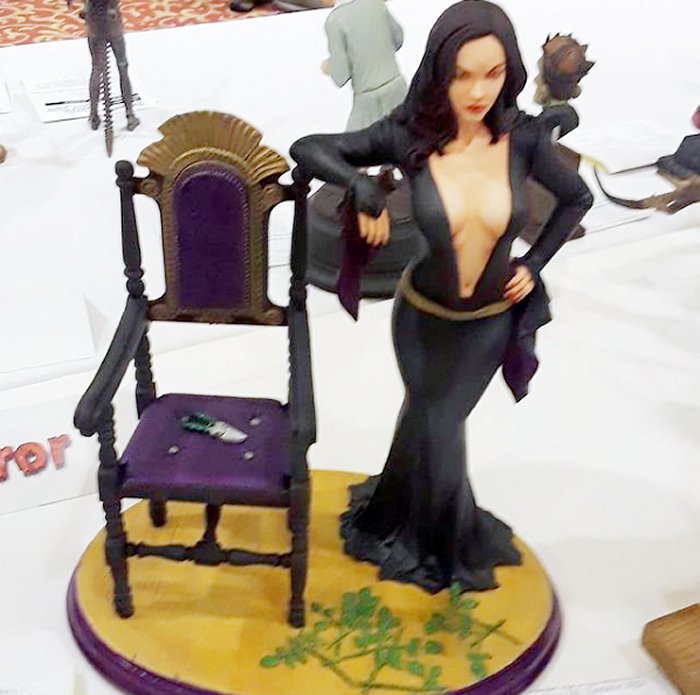 Wednesday Addams, all grown up. 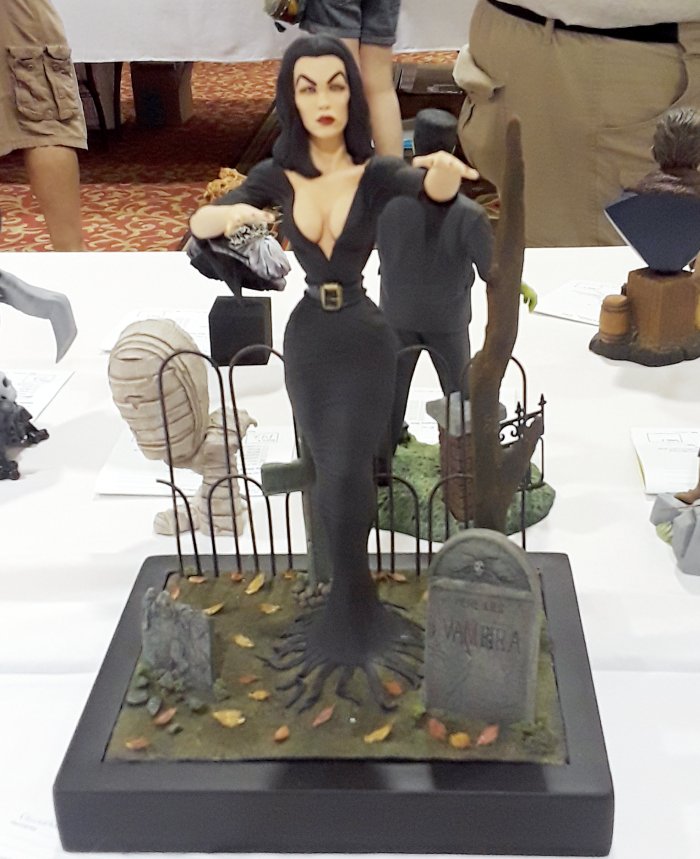 Vampira, from Plan 9 From Outer Space 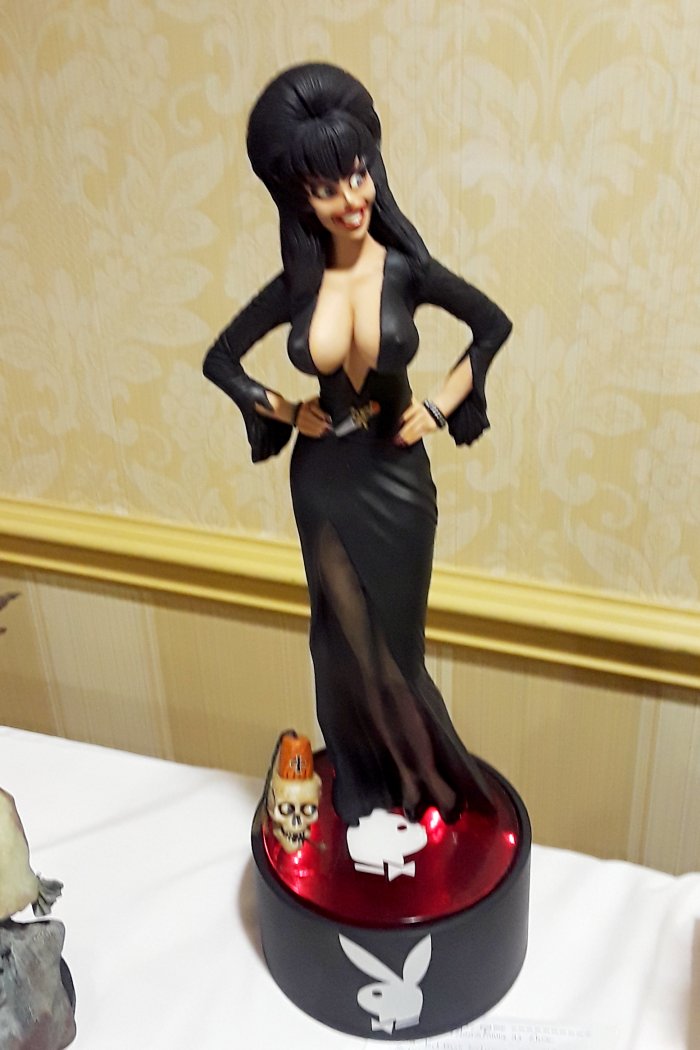 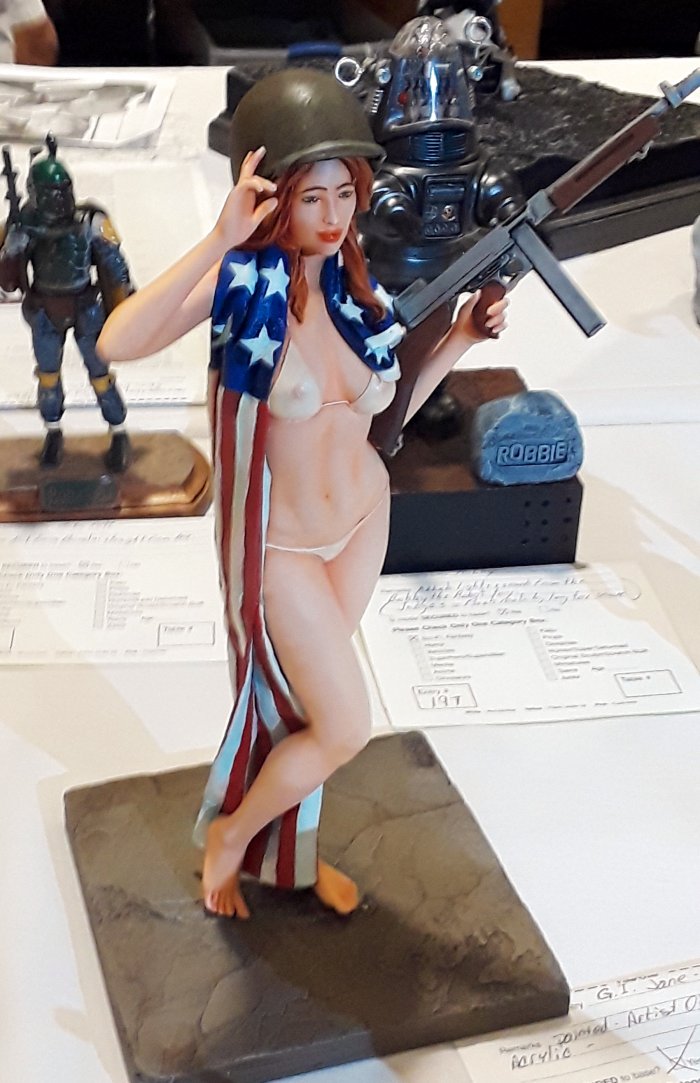 A heavily-armed, patriotic young woman in a see-thru bikini. 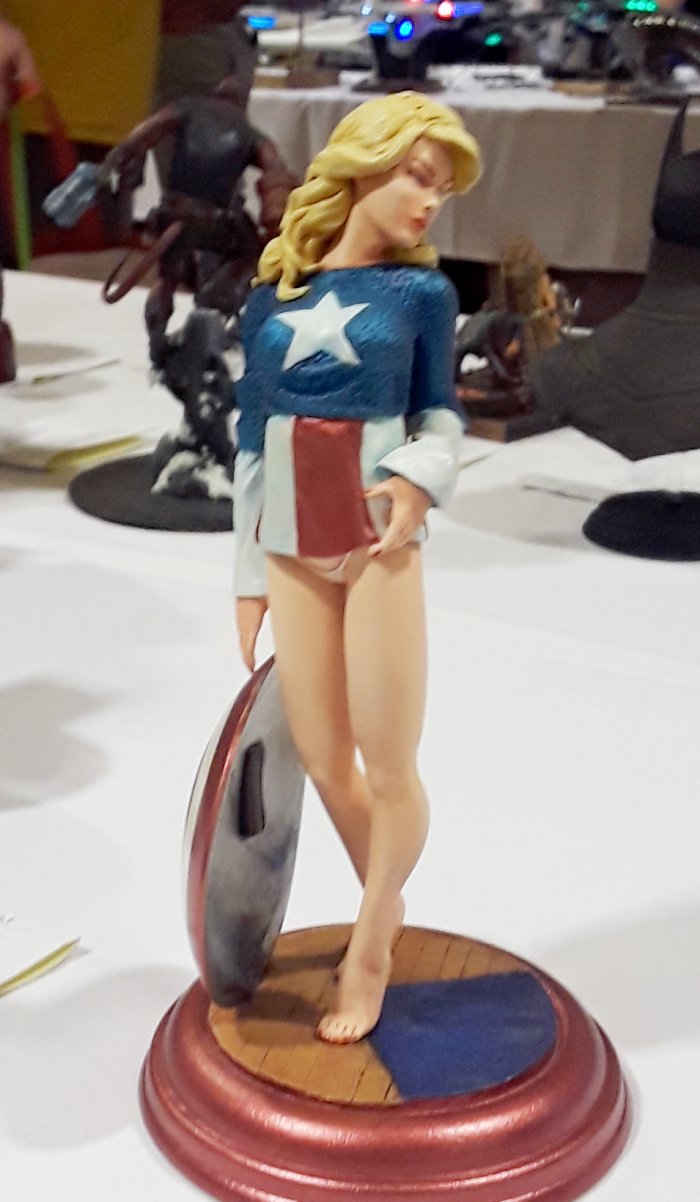 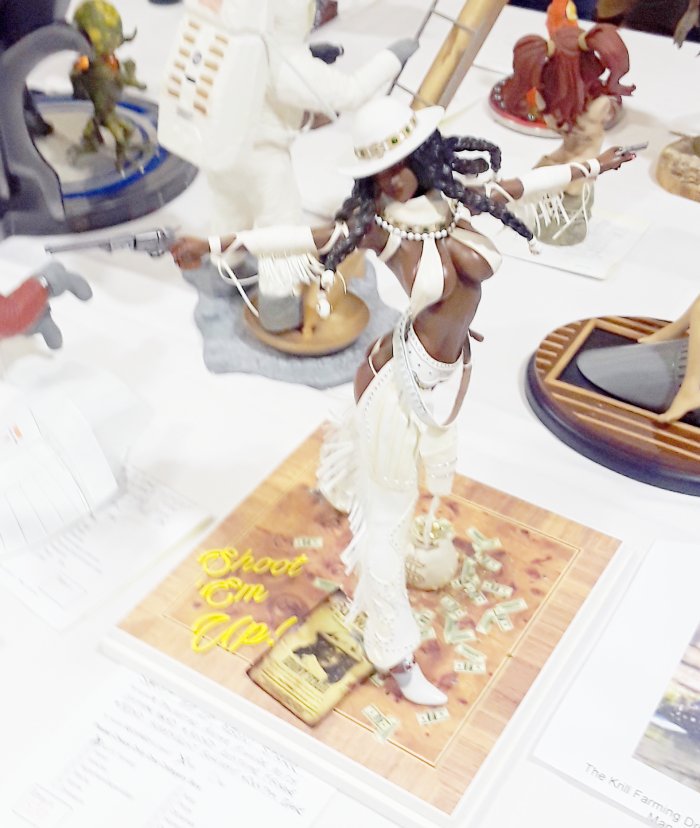 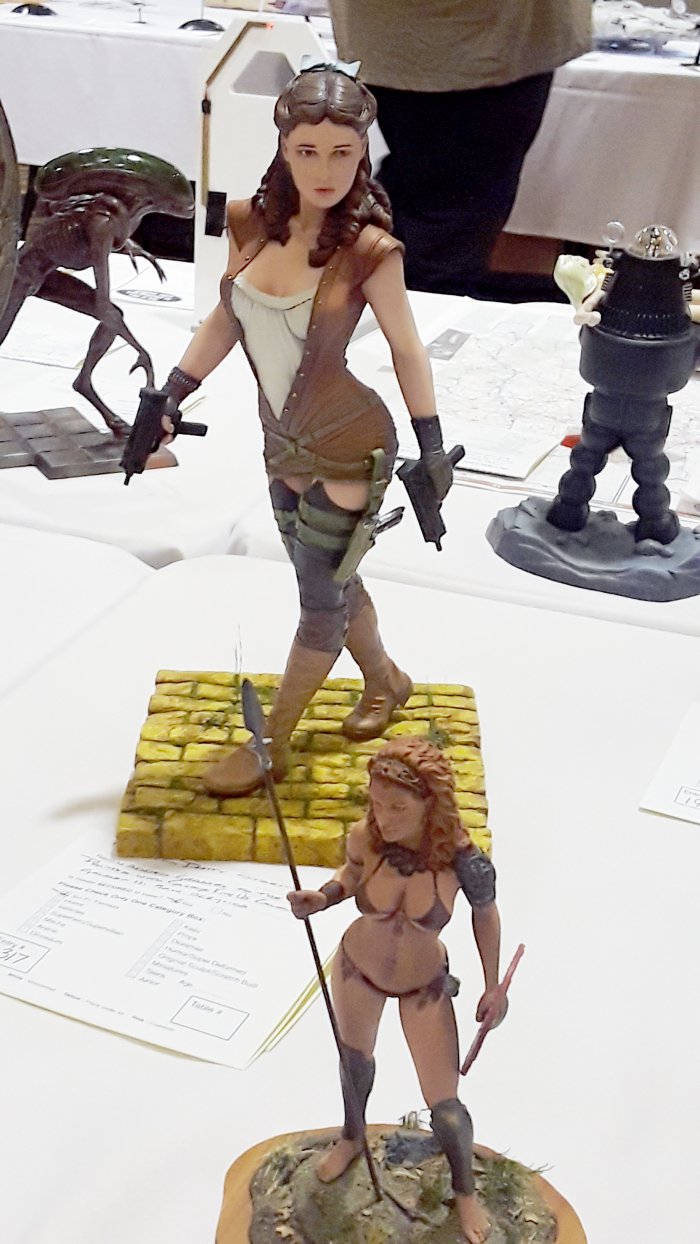 With that we wrap up our WonderFest coverage…except for photos of the stuff I bought there, which might show up next week in this space. Check back with PopCult for all our regular features and fresh content every day.